At 28 years old, she was already the most titled French judoka, with 5 titles of world champion and as much of Europe. On July 27, 2021, she became Olympic champion. But her ambition is not limited to the tatamis, since she is preparing in parallel her coaching degree at HEC. A training that also helped her to build her victory. 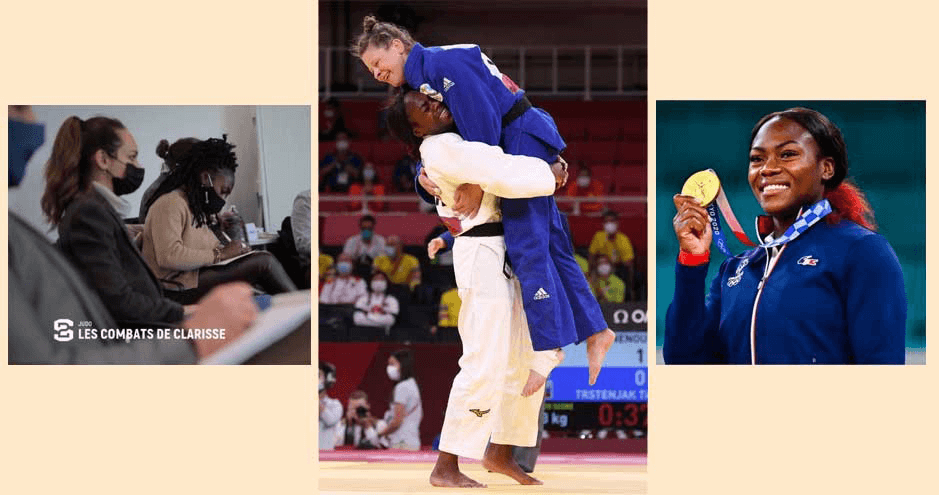 Her coaches were not very enthusiastic about her pursuing a coaching certificate at HEC, the year of the Olympic Games... But nothing resists Clarisse's determination. "It won't be one or the other" she answered "but it will be Olympic champion and coach!"

Clarisse however crossed a difficult period before that. After the announcement of the postponement of the Tokyo Games in 2020, because of the pandemic of COVID-19, she wanted to leave everything and give up her Olympic dream. To recover from this hard blow, she immersed herself in this training on the fundamentals of coaching within the Executive Education of HEC. By preparing for the future, she also managed to "mourn the 2020 Games" and to focus on her Olympic goal for the summer of 2021 and regain her motivation on the mat.

A few days after having been flag-bearer of the French delegation at the opening ceremony, she became Olympic champion of the less than 63kg against the Slovenian Tina Trstenjak, who had beaten her 5 years before at the Rio Games. But don't look for the slightest spirit of revenge in Clarisse, she is too respectful of the others and of her sport for that! After having greeted her opponent, she carried her in her arms. So moved, Tina embraced her in turn. A unique gesture that beyond the Olympic gold, tells you what kind of person and what kind of champion Clarisse is.

Since she started her training at HEC in October 2020, Clarisse Agbegnenou has won three new titles: the European Championships (November 2020), the World Championships (June 2021) and now the Olympic Games. Combining sports victories at the highest international level with a thirst for learning was a winning bet. To obtain her professional coaching certificate, she still has one step left: the defense of her final thesis. But already, the appointment is made on October 8, 2021, with her classmates to celebrate their diploma and her Olympic triumph!