CSR and Legal Liability: How to Foster global Standards and Enforcement?

Can standards and other regulatory devices established by corporate social responsibility (CSR) practices be likened to legal rules and standards? Yes, according to Law professors David Restrepo Amariles and Arnaud Van Waeyenberge, who have demonstrated that CSR increasingly operates as a genuine normative system and can even stand in for the law. This is an important development in a time when, as illustrated by the 2017 list of the 100 Most Sustainable Corporations in the World, corporations, especially in France, are increasingly proactive when it comes to CSR practices. 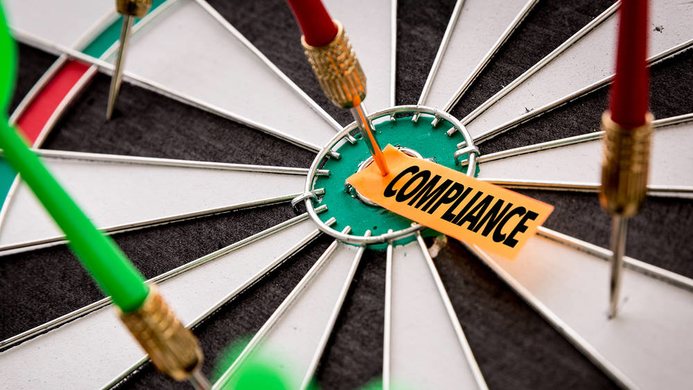 Corporate social responsibility has enjoyed great success over the past few years, and has led to widespread, active and inventive set of regulatory devices: codes of conduct, ethical standards, whistleblowing policies, control procedures inspired by compliance, provisions for monitoring, evaluating, and obtaining approval from external rating agencies, and more recently, performance indicators and smart mechanisms known as SMARTLaw. For a long time, lawyers dismissed these standards and devices, which they did not consider part of the law. Since they were not passed down from official law-making bodies they were not seen as holding a legal pedigree  and could not therefore be considered as law. However, the tide now seems to be turning.

CSR standards gradually seen as binding by judges and legislators

In recent years, several highly-publicized legal cases have been more favorable to CSR standards. One example was the "Kasky v. Nike" case in which California Supreme Court justices, using a California state law provision about honest practices in commercial matters, ruled that Nike could be sued for false advertising because the company had not complied with clauses set forth by its code of conduct. Similarly, European legislation has adopted a more accommodating attitude to CSR, stating  that a company's failure to comply with commitments established by its code of conduct constitutes a misleading commercial practice. Finally, national authorities are no longer reluctant to introduce obligations for publishing non-financial reports or to incorporate CSR in public procurement regulations.

Although there has been a gradual shift towards considering CSR standards in a legal context, it has remained far too fragmented and limited to very specific situations. This phenomenon should be looked at from a global (rather than national) perspective using a pragmatic approach, by considering the effects of regulation (rather than the sources). Seen from this perspective, CSR represents a genuine normative system which can complement, or even take the place of traditional legal standards, since they often play the same functionally equivalent role. The complete normative system established by CSR includes not only standards, but implementation devices and sanctions as well.

CSR standards are set by a wide range of players from diverse sectors. Corporations are evidently among those who create or promote these CSR tools, but other participants include States (examples include the Apparel Industry Partnership Agreement in the USA or the SCS 9000T in China), regional organizations such as the European Union (the code of conduct for nanotechnologies, for example), international organizations such as the United Nations (with the Global Compact, for example), NGOs (such as the Equator Principle Association or ISO 26000), and industry associations (code of conduct of the International Federation of Toy Industries). These various groups set standards for fields as diverse as environmental protection, internet or nanotechnology regulation, the extractive industry and energy sector, the forestry and textile industries, or even armed conflict.

How are they implemented?

Mechanisms have also been established to ensure the implementation of these standards. These mechanisms may be developed by public authorities and can take a variety of forms ranging from requirements for obtaining public contracts to substantial reductions of criminal fines if the accused organization can prove that it possesses and effectively implements a code of conduct (US Sentencing Guidelines). These mechanisms can also be implemented by private actors, as is the case for the SA 8000 Standard or the Chevron Operational Excellence Management System, often in the form of an approval, label or certification. Another recent, noteworthy development is the establishment of performance indicators by third parties such as CSRHub or the Corporate Human Rights Benchmark. These indicators, which are based on international CSR standards, make it possible to compare corporate performance in legal areas of great importance such as working conditions, environmental impact, or non-discrimination policies.

How are they enforced?

Though enforcement mechanisms can be legal (e.g. judicial claim), there is a growing trend toward new processes focusing on transparency and reputation, which include peer reviews, reporting, and ranking systems. Misconduct could, for example, lead to a company's removal from certain lists (SRI, FTSE4Good, etc.), a blaming, shaming and boycotting response, or a multinational group at the head of the network's refusal to subcontract to a company. Moreover, the development of mechanisms known as SMARTLaw is now gradually changing CSR from a self-regulating system of voluntary compliance to a genuine global legal system, with electronic, automatic, dematerialized means of implementation and sanctioning mechanisms. The Kimberly Process - an initiative striving to eliminate "conflict diamonds" from the international market - has thus obtained support from the United Nations, civil society, and other economic players in order to implement a certification system for diamonds using blockchain technology. The goal is to prevent the flaws of the former traceability process, which was deemed ineffective and too dependent on the will of the various parties involved.

All this confirms that CSR is part of a global trend driven by private and public actors, which strives to lead companies to adopt binding rules and standards in areas such as human rights, anti-corruption, and environmental protection. Therefore, it is of vital importance that managers and directors of national and transnational corporations include legal experts and in-house counsels in the design and implementation of their CSR policies.

1- In the 2005/29/EC Directive of the European Parliament and of the Council dating from May 11 2005 concerning unfair business-to-consumer commercial practices in the internal market.

Arnaud Van Waeyenberge's research has been centered around (I) Internal Market of the European Union, (II) the evolution of Legal Professions, (III)...