The idea of a law that is Scientific, Mathematical, Algorithmic, Risk and Technology (SMART) driven is becoming a reality that deserves all our attention. SMART Law raises at least two complementary questions. The first concerns issues related to data protection and privacy. The second, which is discussed here, concerns changes in the law entailed by Big Data. 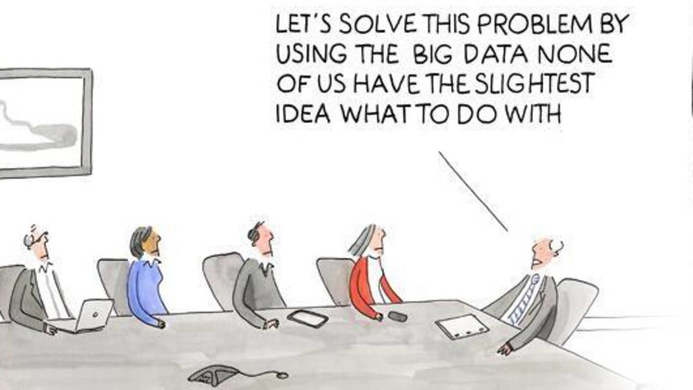 The widespread enthusiasm for the prospects offered by Big Data in the legal field is part of a wider movement, sometimes referred as the “mathematical turn” in law (Restrepo Amariles 2014), which aims to improve the quality and efficiency of law by deploying the resources of mathematics and the engineering sciences. It is illustrated by the growing use of quantitative empirical studies, by the measurement of law and its impact by indicators, and by the automated collection of data and enforcement of law by algorithms. Against this backdrop, Big Data adds to the legal arsenal at the disposal of public authorities and legal professionals.

The use of Big Data in law mainly concerns fields in which a wealth of structured data is available, such as banking law, financial law and social security law. However, the most exemplary initiatives are developing in the field of tax law. For example, a study about the tax practices of 86 countries revealed that in 2014, 69 of them had used Big Data. The analysis of the program Connect of the British tax authority - Her Majesty’s Revenue & Customs HRMC- is helpful to understand and define the effects of regulatory strategies based on SMART law. Connect was developed in 2009 as a strategy of regulation based on a database and a data analysis software. In France, the introduction of a similar strategy using the logiciel de ciblage de la fraude et valorisation des requêtes (fraud targeting and request evaluation software) is still in the embryonic stage.

By analyzing a very large quantity of data, Connect derives fraud and tax evasion behavioral models and identifies suspicious tax returns. In turn, this enables HRMC to open investigations based on serious indicators of fraud, eventually, altering the way in which Treasury Department officers monitor compliance with tax law in at least three ways.

Firstly, the software provides tax officers with data on taxpayers’ income and lifestyles which was formerly not easily accessible. This makes the manual examination of tax returns partly obsolete. Connect uses text and data mining techniques in order to extract, on the one hand, the information contained in more than 30 structured databases, such as those for pay slips or the land register and, on the other hand, non-structured data such as that from social networks or auction sites. For example, taxpayers who publish photographs and other content reflecting an extravagant lifestyle relative to their declared income, or who hire out a foreign property that they do not declare, are flagged up by Connect and become a target for tax authorities.

Secondly, the software limits the power of judgment of the tax inspector with regard to the advisability of an enquiry. The confidence in Connect 's data exploration power makes it difficult to justify ruling out the examination of a case identified by the software. Moreover, in 2014, 83% of the tax enquiries opened in the United Kingdom followed an indication by Connect.

Thirdly, Connect automates the enforcement of the law and correspondingly limits the power of interpretation of the rule by the tax officer. This is because the algorithms implemented incorporate a certain interpretation of the legal rules, based on which they extract and analyze data. Ultimately, moreover, it is planned for the software to prescribe the amount that the taxpayer ought to pay by directly applying the tax rules to the factual data collected. For indirect taxes, we note that in 2016 disputes between the Treasury Department and taxpayers were less concerned with whether a specific transaction was subject to tax, and instead, focused on defining the relevant scope of the dataset against which the tax rules were applied.

From the Rule to the Code

The Connect program shows that the use of Big Data in the area of taxation, from data collection to decision making, does not merely affect monitoring methods. By limiting the role of manual examination, by defining the scope of relevant information, by identifying taxpayers to be audited and by applying a certain interpretation of tax law to determine the tax bill, HRMC’s initiative changes the content of tax rules because it fundamentally changes their enforcement. In practice, the rules are replaced by the standards implemented by the software and the fraud indicators that it uses determine the standards to be complied with. Moreover, taxpayers adapt their behavior and reasoning to this in their disputes with the Treasury Department.

This example in the field of tax law highlights the general implications of SMART law and regulations. Firstly, the predominance of the expert’s opinion gives way to data. For instance, the drafting of a contract in accordance with market standards will no longer be performed under the supervision of a senior legal associate, but instead, based on a software such as Bloomberg Law: Corporate Transactions, which checks for differences between the clauses of the proposed contract and those which are statistically most frequent in its databases. This development is not neutral from the perspective of the values conveyed by law. Indeed, it has been shown that in the case of police checks, the use of Big Data could accentuate discrimination with regard to disadvantaged groups in society by amplifying forms of discrimination already apparent in the initial dataset.

Secondly, SMART law no longer analyzes every case as the disputable application of rules to facts. Big Data implies a world that is already legally framed, where the understanding of the facts, their classification and their examination in the light of legal rules are intermingled in the same process and practically indiscernible. In certain fields, software coding and statistical operations will progressively tend to replace legal rules. All these developments show that regulation by Big Data and algorithms deserves the full attention of legal professionals, public authorities, and citizens.

To find out more: