Decision Making: Do You Need a Decision Theorist… or a Shrink?

Human beings are notoriously bad at making rational decisions. Even theoretical models designed to help you find the “right” answer are limited in their applications. A trio of researchers calls for a re-appraisal of decision theory, arguing that basic tools can improve decision making by challenging underlying assumptions and uncovering psychological biases. 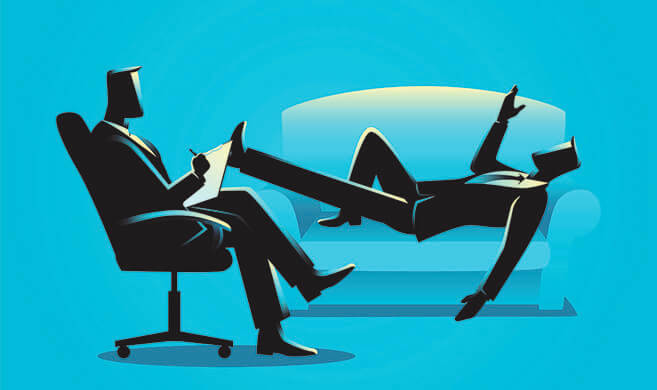 Is it worth insuring my house against hurricane damage? Which route will help me beat traffic? Should I invest in this stock? Latte, black, cappuccino, mocha or vanilla? Every day, we are faced with hundreds of decisions, some big, some small, some tough, some easy. Sometimes we follow our instinct, sometimes our intellect, sometimes we just go with habit. But more important than how we choose between various options, is the question, how should we choose?

Decision theory offers a formal approach, often seen as a rational way to handle managerial decisions. While this theoretical framework has not lived up to early expectations, failing to provide the “right” answer in every case, a trio of researchers says not to throw the baby out with the bathwater just yet.

Decision making has been formalized and useful, but…

Decision making has been formalized since the age of Enlightenment, a famous early example being Blaise Pascal's wager about the existence of God. Decision theory and its key concepts (utility, or desirability of an outcome, states of the world, or possible scenarios, etc.) culminated in the mid-20th century with the invention of game theory and the development of mathematical tools of analysis.

“In the 1950's there was the idea that mathematical models could automate decisions,” says Itzhak Gilboa, professor of decision science at HEC Paris. “There has been a measure of success, with applications to logistics, or, for example, to route optimization with Google Maps.”

And yet, today, decision theory is all but dismissed, including in business circles. Olivier Sibony, who worked as a management consultant for 25 years before joining HEC Paris to teach strategy, says he literally never encountered decision theory in those 25 years, either in words or practice, the exception being within a minority of financial institutions. “It's shocking,” he muses, “because it is taught in business schools as a sensible way to make decisions.”

…Decision theory has its limits

The textbook model of decision theory, however enticing and elegant it may be, has a number of limitations that prevent it from being widely used by managers.

The theoretical model raises some very practical challenges. Probability is often hard to calculate due to lack of data about the same past problems. Similarly, the desirability of an outcome, such as career choice for example, is hard to quantify because of the wealth of criteria by which it is judged: income, prestige, work-life balance...

What’s more, behavioral psychology has shown that human beings, far from being the rational agents assumed by economic theory, are hopelessly irrational. Confirmation bias makes us prone to disregard negative data about the option we are considering; overconfidence makes us consistently overestimate our chances of success; mental accounting makes us value equivalent outcomes differently depending on the way they are framed; and on and on.

The list of psychological biases we suffer from is so long, it's a miracle that we haven't blundered ourselves into extinction, as a race. “But we are teetering on the brink of just that!” counters Olivier Sibony.

The list of psychological biases we suffer from is so long, it's a miracle that we haven't blundered ourselves into extinction, as a race.

And just because the world functions relatively well doesn't mean we have been good at making decisions, including in business, where success often boils down to sheer luck. “Even a billionaire like Warren Buffet acknowledges the role of luck in his success,” adds Sibony. “We do observe a lot of failures; after all, millions of years of evolution have prepared us to recognize rotten food, but not rotten counterparties,” joke both HEC professors.

For a rehabilitation of the basic tools of decision theory

Recognizing all the limitations of decision theory, the specialists nonetheless believe that certain tools can be helpful.

The axioms of rational decision making are especially important in the context of strategic decisions made by managers and executives, who might need to present and justify decisions to their superiors or boards.

Decision theory is not a magic wand for a final answer. It should be used as a conceptual framework, or tool, rather than as a theory that is directly applicable.

Decision theory is not a magic wand for a final answer. It should be used as a conceptual framework, or tool, rather than as a theory that is directly applicable. The researchers outline 3 different types of decisions and how decision theory can potentially serve in each of those cases:

1. In the first type of decision, outcomes and probabilities are clear and all relevant inputs are known or knowable, which means that finding the best solution is simply a matter of using mathematical analysis based on classical decision theory. Simple computing power can find the single best solution (optimize a route or, in the case developed in the research article, allocate sales reps to territories according to travel costs). The decision maker needs not even know the details of the algorithm that the software uses.

2. In the second type of decision, the desired outcome is clear but not all of the relevant inputs are known or knowable. In this case, decision theory cannot provide a single best answer but can test the consistency of the reasoning by formulating the decision maker’s goals, constraints, and so on, to check whether the reasoning makes sense.

3. In the third type of decision, either because data is missing or because the logic of the proposed decision cannot be articulated, even the desired outcome is unclear. In such a case, the problem cannot be described in the language of decision theory. But, while theory cannot provide a “correct” answer, it can still serve to test the intuition and logic of the decision maker.

There may be no objective way to assign precise probabilities to different scenarios, or even to identify all the possibilities, but the theory can still potentially challenge underlying assumptions or processes.

“If you want to be in a certain market just for your ego, fine, but it's my job to uncover it!” says Itzhak Gilboa, comparing the process to “sitting down with a shrink before you press the button”. The idea is simply to understand one's own motivations for a decision and to be comfortable enough with them to explain the rationale to one's own boss. The researcher likes to think of the approach as a “humanistic project”, improving decisions in a way that will ultimately be useful to society – “even if business decisions are rarely life and death matters!”

Decision making that reflects your strategy

The researchers say the most important idea to retain is that of challenging decision making. When it comes to the second and third type of decisions, where an algorithm cannot simply identify the best solution for you, the researchers recommend collaborating with someone who has a firm grasp of decision theory – someone who knows, for example, what a utility function is, or desirability of outcome, and so on – to challenge your decision-making process. "The best thing you can do to improve the quality of a decision is to ask an outsider to challenge not the decision itself but the process and its logic,” says Olivier Sibony. “There are very practical ways of getting theory and practice to dialogue, by setting up routines and methods."

The paper first reviews the main principles and concepts of decision theory and explores its limitations to explain why it is not currently used in business decision making. The researchers then make a case for decision theory as a conceptual framework whose tools can be used to support and refine intuition, and give examples of applications through three imaginary dialogues with executives faced with three different business cases.
Based on an interview with Itzhak Gilboa and Olivier Sibony on their research paper “Decision theory made relevant: Between the software and the shrink,” co-authored with former HEC PhD student Maria Rouziou (Research in Economics, 2018). To find out more about how to use decision theory to challenge your decision making, read the full paper here.
Related topics:
Decision Sciences
Strategy
Download & Print
Share
FACEBOOK
TWITTER
LINKEDIN
EMAIL

Maria Rouziou is an assistant professor in the School of Business and Economics at Wilfrid Laurier University. Before joining Laurier, Maria was a...

Olivier Sibony is a writer, educator and consultant specializing in Strategy, strategic decision making and the organization of decision processes...