How Leaders Emerge in Online Communities

Without a formal hierarchy or assigned tasks, how do members of online communities collaborate to create vast founts of knowledge such as Wikipedia? A new study examines how leadership emerges in online communities. It indicates that for companies who wish to leverage the influence of online community leaders, identifying those leaders will be more complex than expected. 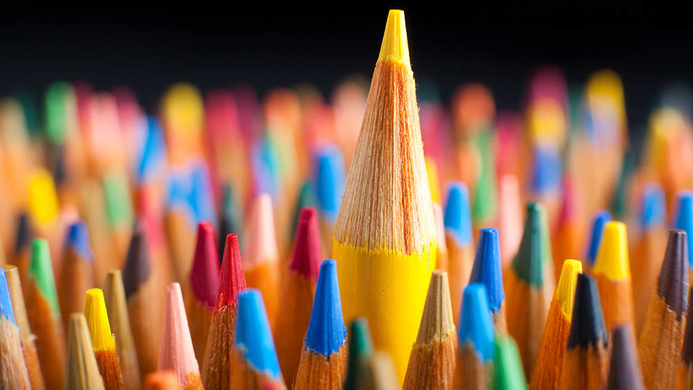 The power of online communities is incredible, as proven by Wikipedia, Linux, and other success stories. “Open-source software development creates products that are as good (some say, even better) as those created by traditional software companies with tens of thousands of employees,” says Sri Kudaravalli, who studies how information technology is facilitating large-scale, distributed, knowledge collaboration. Indeed, online communities can be the source of tremendous knowledge creation, with volunteers from around the world sharing tips on photography and other technical hobbies, digitalizing books, or even helping NASA map craters on Mars.

Companies are keen to leverage these networks to develop their products. For instance, in 2013, the market research company Forrester reported a 25% increase in the usage of online communities dedicated to customer service over the past three years.

In 2013, the market research company Forrester reported a 25% increase in the usage of online communities dedicated to customer service over the past three years.

Traditional leadership theory posits that leaders assign tasks and manage relationships, while other research shows that influential members occupy central positions in the organizational structure. The researchers set out to discover whether similar ideas also apply to online communities. To gather data, they surveyed users and studied messages from three online communities focused on technical topics related to programming, examining both the behaviors and structural position within the networks of those identified by other participants as leaders.

The researchers’ findings indicate that leaders are mainly distinguished by their task-based behaviors. They contribute knowledge by answering queries, sometimes sharing programming code, and giving personal assessments. Tenure (duration of membership) and participation were positively associated with being identified as a leader, but the number of questions asked by a participant had a negative association, which indicates that a leader is more likely to provide answers than questions. The researchers also rated postings for the existence and frequency of sign-offs, thanks, and personal anecdotes — signs of sociability within online communities — and found that sociability was less significant than knowledge contribution.

However, Sri Kudaravalli warns not to conclude based on this finding that sociability is unimportant in all online communities, just that it is not as important as knowledge contribution in the communities studied, which are all dedicated to sharing technical expertise. Sri Kudaravalli explains that in technical forums, such as those dedicated to programming, there are, often, correct and incorrect answers to questions; on the other hand, in online communities organized around social support or political action, relationships and sociable behavior of influential members may be valued more.

The researchers complemented their behavioral approach with a structural approach, using the concept of social capital, or resources accessed by virtue of relational ties. In traditional bricks-and-mortar organizations, members in key positions can gather information from unconnected groups and trade off on it. The researchers wondered whether a similar edge could be gained online. After all, in the context of knowledge collaboration, information is key, and an individual who “bridges” unconnected parts of the network benefits from arbitrage opportunities. By constructing a matrix of ties between who responded to whom in the online community, the researchers did indeed find that structural social capital was strongly associated with leadership.

However, Sri Kudaravalli says there is no way to tell, based on their study, whether the members identified as leaders achieved their structural position because of their leadership qualities, or if it was the other way around — if they developed their leadership qualities as a result of their structural social capital. He and his colleagues found a strong interaction effect: the likelihood of a central participant being identified as a leader was greater if they also engaged in knowledge contribution and sociable behavior. They also found that leadership is a lot more concentrated than expected: out of nearly 1,000 participants in the study, only 42 were identified as leaders, while fewer still (8), were nominated 9 or more times!

Online communities have become extremely influential in determining how a company's products are received in the marketplace and thus offer insights that can be helpful in product development. This is why some corporations, such as Microsoft, try to engage the most active contributors to speak about their products in topical forums. According to Sri Kudaravalli, these “Most Valuable Professionals” are courted with different kinds of rewards. He warns, however, that companies are likely to fail to identify the “Most Valuable Professionals” correctly in online communities, if they base their decisions only on criteria such as number of postings: leadership in these communities is not that simple. “Leadership emerges from different aspects, with the interaction of structural position and behavior,” he says. Sri Kudaravalli also warns that identifying leaders takes time: “Members have to get to know these people and recognize them as being part of the community.” Last but not least, marketers wanting to target community leaders to turn them into advocates might see their attempts backfire. Sri Kudaravalli suggests that, while there is prestige in being identified as leading contributors by major company, it could also harm the credibility of the participants if they are perceived as the mouthpieces of the corporation, since part of the respect for leaders within online communities comes from their independent judgment and expertise. He concludes, therefore, that it is better for companies not to be too disruptive of the natural process by which online community leaders emerge.

The researchers gathered 6,709 messages posted over 50 days in three Usenet (one of the earliest known online communities) newsgroups focused on technical issues related to databases and programming. They analyzed the structure of the communication network in these communities and the content of message postings, rating them to identify behaviors such as sociability and knowledge contribution. They then sent each of the 976 participants in these groups a survey via email asking them to nominate leaders.
Based on an interview with Sri Kudaravalli and the article “Leading Knowledge Collaboration in Online Communities” in coll. with S. Faraj and M. Wasko, in MIS Quarterly, 2015.
Related topics:
Information Systems
Information Technology
Governance
Download & Print
Share
FACEBOOK
TWITTER
LINKEDIN
EMAIL