How Storytelling Can Increase Support for Whistleblowers

Whistleblowers are often condemned by society, but they can be key to uncovering scandal. Hervé Stolowy, Luc Paugam and co-researchers Yves Gendron and Jodie Moll uncover how whistleblowers can tell their stories to better promote the positive aspects of their role for society and increase their legitimacy. 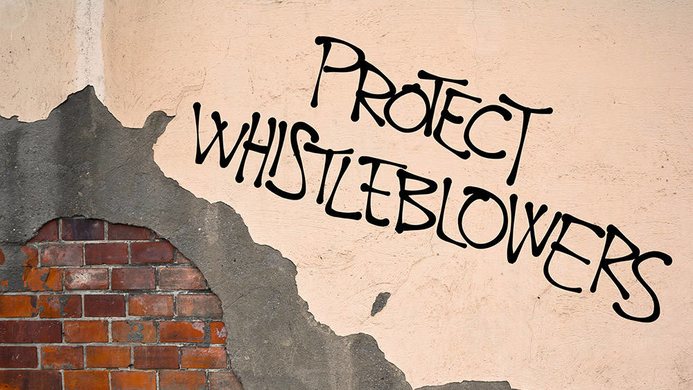 Whistleblowers expose illegal and unethical behaviour within organisations – they ‘blow the whistle’ on wrongdoing. In recent years, they have played important and well-publicised roles in revealing fraud and misdemeanour in large international corporations.

For example, it was the action of whistleblowers that enabled the Enron and WorldCom scandals to come to light. With this in mind, you would think that whistleblowers would be heralded for exposing organisational crimes. Instead, Professor Hervé Stolowy reports, “They are often chastised and risk job loss, career annihilation and can even find their personal safety threatened”.

Despite efforts made by policy makers to improve the status and perception of whistleblowers internationally, Professor Luc Paugam says, “Society continues to view whistleblowers as traitors or snitches. Their actions are not seen as legitimate. US legislation failed to protect the whistleblowers who attempted to expose the opening of fraudulent accounts at Wells Fargo in 2016. They were fired.”

This apparent ineffectiveness of policy spurred Stolowy, Paugam, Gendron, and Moll to try to understand more about the role of whistleblowers and what they can do to improve their legitimacy.

The team looked at 7 high-profile cases where the whistleblowers were generally positively viewed by society: Bowen and Citigroup; Casey and Madoff; Cooper and WorldCom; Markopolos and Madoff; Smith and HealthSouth; Watkins and Enron; and Woodford and Olympus. The team paired an in-depth analysis of whistleblower discourse recorded in books, interviews and presentations, with analysis of the press coverage each case received. This enabled the team to identify 4 standout features common to the successful storytelling of whistleblowers:

1. Trigger(s): The event(s) that led them to blow the whistle

2. Personality traits: Their morality, resourcefulness, and determination. For example, they may talk about how they aimed to do good for society and were determined to bring down fraudsters at all costs, even if their personal safety was under threat

3. Constraints: The barriers that were in their way. They highlighted how these require regulatory and organizational change

4. Consequences: The long-term positive impact of the whistleblowing act

Stolowy, Paugam and co-researchers used these findings to create a model that shows how storytelling can build the legitimacy of the whistleblower role. The model describes how, without a story, the whistleblower does not seem legitimate, but telling their stories using the 4 narrative patterns outlined above can build their legitimacy in the eyes of evaluators such as the public and the press.

The narrative patterns use symbolic, analogical, and metaphorical explanations to frame the situation and allow others to better understand the role of whistleblowers.

“The narrative patterns use symbolic, analogical, and metaphorical explanations to frame the situation and allow others to better understand the role of whistleblowers,” explains Paugam.

For example, a whistleblower will often describe how they wrestled internally with the idea of blowing the whistle on their company, but their sense of moral duty compelled them to speak out about the unethical behaviour going on. This helps the evaluators of the situation feel empathetic and more supportive towards the whistleblower. “In one case, the whistleblower described how he feared for his life and slept with a gun under his pillow,” says Stolowy. Such displays of self-sacrifice for the greater good appeal to people’s sympathies.

The team’s analysis of press coverage showed that, overall, this method of storytelling was successful in enlisting public support. “We created a model that shows us exactly how role legitimacy is created and sustained through storytelling,” Stolowy concludes.

Overall, the team’s work shows how the stories of whistleblowers can increase the legitimacy of their role by highlighting their fight against adversity to tackle wrongdoing and achieve a morally accepted outcome. This helps outline the significance of their role and the part it can play in corporate governance. But the researchers note that far more work remains to be done, particularly on the part of companies and company leaders.

Managers need to better understand the effectiveness of whistleblowers and how their actions can help the firm, not hinder it.

“Corporations and the public need to stop perceiving the whistleblower as something bad - a snitch or a traitor. Instead, they must be put in a positive light and the benefits of their role highlighted,” concludes Stolowy.

Corporate whistleblowers: a quest for legitimacy, credibility and protection

Find here an interview of Professor Hervé Stolowy at the March 4th's Accounting Conference that took place at the Fundacion Areces, where he presented: “Corporate whistleblowers: a quest for legitimacy, credibility and protection”.

The event was organized by the Universidad Autónoma de Madrid (UAM), the Department of Business Administration at Universidad Carlos III de Madrid (UC3M Business), and the Foundation of the Autonomous University of Madrid (Fundación UAM).

The Protection of Whistleblowers: What Does the Law Say in France and in the US

Whistleblowers play an important role in detecting problems and corruption within corporations. Despite their role now receiving support through policy and regulation, they are still often not seen as legitimate. Stolowy, Paugam and co-researchers showed how storytelling has strengthened the role of the whistleblower and improved how it is perceived. However, work still needs to be done to help improve their legitimacy and encourage future whistleblowers. “The problem still lies in the fact that corporate culture and psychology do not promote whistleblowing,” says Stolowy. “Firms need to put effort in to change this and allow whistleblowers to be accepted. They also need to enact procedures to facilitate whistleblowing.” “Managers need to better understand the effectiveness of whistleblowers and how their actions can help the firm, not hinder it,” adds Paugam. “Once they are behind the idea of whistleblowing, they can put measures in place that will make whistleblowing less risky – so that people have less to fear in terms of job loss and public humiliation.”

Stolowy, Paugam, Gendron, and Moll analysed the discourse of 7 whistleblowers to identify commonalities that helped the whistleblowers improve their legitimacy. In each case, the whistleblower’s story was recorded in books, interviews and presentations/lectures, with 4 of the whistleblowers also being directly interviewed by members of the team. In addition, the team analysed over 1600 press articles related to the whistleblower cases to see how the whistleblowers stories resonated in the media.
Based on an interview with Hervé Stolowy and Luc Paugam, on their paper “Building the legitimacy of whistleblowers: A multi-case discourse analysis”, co-authored with Yves Gendron (Université Laval) and Jodie Moll (Alliance Manchester Business School), published in Contemporary Accounting Research, 2019, 36 (1), pp. 7-49.
Related topics:
Management Control - Audit
Accounting
Organizational Behavior
Video
Ethics
Download & Print
Share
FACEBOOK
TWITTER
LINKEDIN
EMAIL