In the service sector, customer loyalty is crucial in maintaining a healthy bottom line and recouping acquisition costs. Research on the decisions behind contract renewal decisions sheds surprising light on the optimal strategy for keeping customers satisfied over the long term. 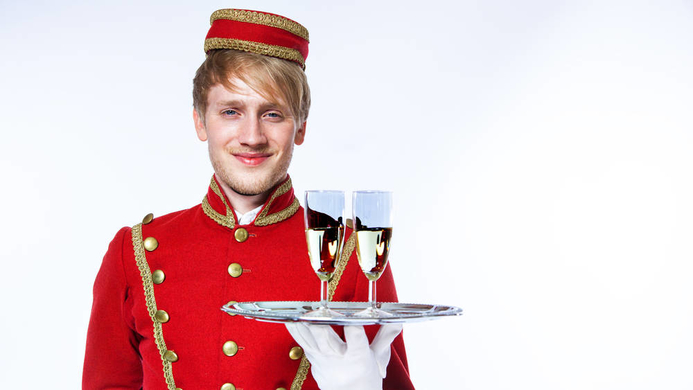 Did a dissatisfied client slam the door of a hotel, promising never to patronize again the establishment? If so, it spells trouble — and not just for the front desk manager whose poor service lost the client. Customer defections have a surprisingly powerful impact on the bottom line. As researchers at the Harvard Business School have shown, increasing customer retention rates by 5% can increase profits by 25% to 95%. This is because customer relationships need to be durable to be profitable, given the amounts of money invested in acquiring new customers via marketing and advertising. Clearly, keeping clients satisfied — and loyal — is the best way to generate profit in the service sector, which is a growing chunk of economies (roughly two thirds of GDP in most developed economies). That is especially true in “mature markets,” like insurance, banking, advertising, and so on, where customer loyalty delivers substantially higher returns on investment than acquisition. But exactly how do you manage service to keep your customers happy? Should you improve service over time, especially for high-margin customers? Or just provide a steady level of service to avoid raising expectations? The question is all the more relevant as technology increases the possibilities for service customization, such as targeted emails granting access to special deals, or, even further fine-tuned down to the individual level, when Internet service providers allocate higher bandwidth to certain IP addresses.

The researcher and his co-author Iona Popescu from INSEAD have proposed a model for managing customer service over time in order to maximize the expected long-term profit from a firm’ s customer base (or CLV, customer lifetime value). The premise of their mathematical model is that customers’ memory of past service experiences affects their decision to pursue the relationship, i.e., whether or not to renew contracts with providers, be it for lifestyle memberships, Internet, telecom, or any other service. (Sam Aflaki likes to recall how his interest in the issue came from a chat with a colleague who wondered whether treating his young wife to a fancy restaurant on her visit to France would affect her expectations for future dinners: would he set the bar too high?) The researchers borrowed from behavioral theory to examine which aspects of consumer decision-making determine repurchase. Specifically, they worked on two alternate models: a “goodwill” model of retention, which assumes that customers who have had better cumulative experiences with a company are less likely to defect, and a “habituation” model, which implies that customers who have received better service quality in the past become harder to please and therefore to retain. “The models depend on whether you consider satisfaction to be absolute or relative,” says Sam Aflaki. Either way, “happier” customers, be it those with higher goodwill or higher immediate satisfaction, are more likely to renew their contract.

The main insight from his research is that varying service is not optimal over the long term. The reason that managing service quality expectations will not benefit a company lies in a well-known cognitive bias called loss aversion; on an unconscious level, negative outcomes (for example an unpleasant conversation at a help desk) have a proportionally stronger impact on us than positive ones of similar magnitude (a problem solved thanks to a call to a hotline). In business terms, this asymmetry in perception means that the risk of losing a dissatisfied customer is higher than the cost and retention benefits of keeping expectations steady. “In the long run, firms may have no better choice but to deliver service levels that customers expect,” concludes Sam Aflaki. Less adaptive customers may be more profitable over time but, of course, companies must create enough goodwill for those customers to stay around long enough to generate enough profit to recoup acquisition costs. “Only if customers were delight-seeking, i.e., if the asymmetry were reversed, would varying levels of service be profitable,” adds the researcher. In other literature, there is some empirical evidence that members of loyalty rewards programs tend to overlook negative service experiences. Here, the benefits to the firm can be attributed to the positive net effect of first increasing service, then decreasing it.

The most valuable customers

Another insight gained from this research is actually rather counter-intuitive: higher-margin customers are in fact not always more valuable and therefore do not warrant higher levels of service. Again, this is explained by the endogenous effect of service quality on customer retention. High-margin customers (being so to speak more reactive) might be more likely to defect. Similarly, the most loyal need not be rewarded by better service, if they are inherently “sticky.” After all, improving service comes at a cost, so it is more rational for a company to treat such customers as a captured audience — that is, beyond a critical loyalty or switching cost level, since obviously the cost of switching provider is at the core of the probability of renewal.

Sam Aflaki and his co-author have made strong progress in the theoretical understanding of what drives loyalty and defection decisions among customers in the service sector, but so far, as he points out, “their work can be used to generate further testable hypotheses.” Still, his research has clarified the measure that firms need to focus on to understand client loyalty: the renewal process. “Memory of past service experiences is a very important parameter,” stresses Sam Aflaki. Many firms regularly survey customer satisfaction, or ask defecting customers for their motives (such as when customers unsubscribe from a newsletter or cancel a telecom subscription contract), but it is crucial to take a closer look at service. “Customer lifetime value is not exactly what we thought it was: you need to think about the sequence of service levels and how the customer remembers them.”

The two researchers worked on a behavioral model to measure the “lifetime value” of customers, that is, the expected long-term profit from a firm’s customer base, depending on service. They developed a dynamic programming model to test service strategies (constant or varying service level). What is innovative about their mathematical formula is that it defines the probability of customer renewal endogenously rather than exogenously; in other words, customer retention is a function of customers’ past service experiences rather than of external factors.
Based on an interview with Sam Aflaki and the article “Managing Retention in Service Relationships” co-written with Ioana Popescu, published in Management Science (February 2014).
Related topics:
Operations Management
Download & Print
Share
FACEBOOK
TWITTER
LINKEDIN
EMAIL