Computers and connectedness are part and parcel of today's workplace, but having to adapt to increasingly advanced technology has created a specific kind of stress for workers: technostress. New research has investigated the different dimensions of this technology-induced stress to show how each aspect can be managed to stimulate, rather than hinder, innovation. 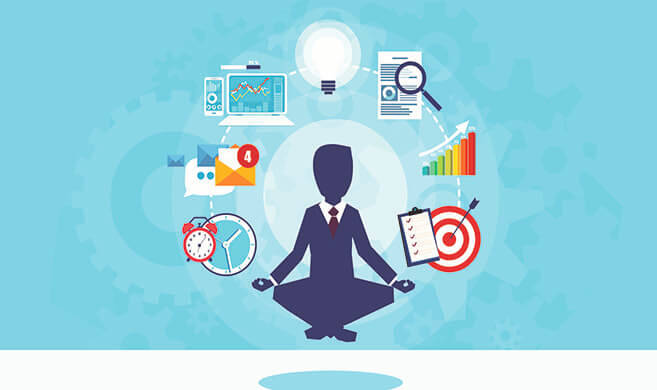 Historically, every generation has had complaints and fears surrounding the adoption of new forms of technology. Keeping up with technological change is often uncomfortable until we adapt to it and learn to harness technology rather than be a slave to it. Nowhere is this truer than in a corporate setting, where email, instant messaging, mobile phones, and hundreds of other forms of information and communication technology (ICT) are constantly modifying the workplace and forcing employees to upgrade their skills and follow faster paces. Adapting to the changes brought on by new forms of technology in the workplace is a major source of stress, dubbed “technostress”.

Is technostress in the workplace necessarily negative?

While employee stress leads to disengagement and a higher turnover, negatively impacting performance, maybe the relationship with technostress creators isn’t as linear as one might assume. In a similar way to how a small amount of alcohol actually improves performance in throwing darts, while just a little too much powerfully impairs performance, perhaps a little amount of stressors is actually a good thing. For instance, some insecurity keeps people on their toes, motivating them to work harder to retain their jobs.

We set out to investigate the various different dimensions that make up the stress linked to our exposure to technology and how these “technostress creators” affect creativity for managers in the workplace.

The Five Types of Technostress Creators

How might these different technostress creators impact employee creativity? Here is what we set out to determine.

The view from the top

We reached out via email to senior organizational managers with a survey in which they rated the various different technostress creators listed above and their perceived impact on their creativity. Our results showed that the five dimensions of technostress had different effects on innovation.

Our results showed that the five dimensions of technostress had different effects on innovation.

Techno-uncertainty actually had a strong positive relationship with employee innovation, suggesting that when employees feel they may be struggling to keep up with new technologies, this may coincide with beneficial effects on their innovation productivity. 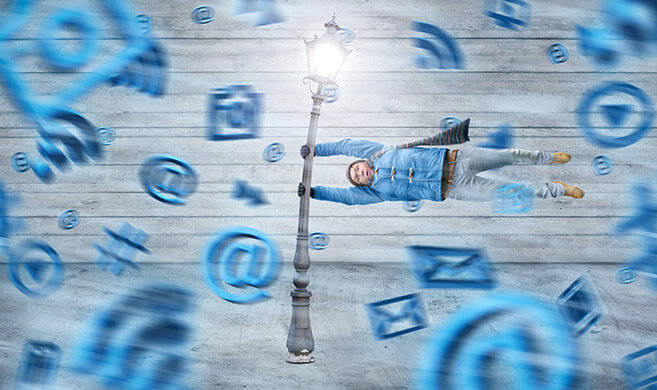 We found that techno-overload, techno-invasion, and techno-complexity all had a significant U-shaped relationship with innovation, meaning that the relationship is at first decreasing before increasing, in the shape of a “U”. So this is actually the opposite of the inverted U-shaped relationship that a reading of the organizational stress literature would suggest.

Techno-overload and techno-insecurity had no significant effect on employee innovation.

Organizations should aim to understand what level of each specific type technostress creator is optimal for employees to perform well.

We also found that techno-invasion can lead to a positive impact under the right set of circumstances. Employees may see technology as robbing them of a private life detached from the workplace; however, techno-invasion can be empowering for employees with the right safeguards. In order to stop techno-invasion causing technostress, employees should be made to feel in control of their work lives, for example by being allowed more flexibility in choosing their working hours – and conversely, choosing when to be disconnected.

Employees should be made to feel in control of their work lives, by choosing when to be disconnected for instance.

When it comes to techno-complexity we would advise organizations to provide opportunities for mentoring. This can help knowledge of new information systems pass between employees. This should happen in both directions, with not just senior employees mentoring junior employees, but also the reverse in cases where junior employees have a better understanding of new technologies.

We based our research on a survey of 164 senior managers sourced from the mailing lists of executive programs from two leading business schools, one in Europe and the other in Asia. Statistical analysis was used to test the linear and curvilinear effects that technostress creators had on ICT-enabled employee innovation.

Our research will help companies and organizations to understand how they can help employees to manage their technostress. Our results demonstrate that different types of technostress creators can have very different effects on innovation, meaning nuanced strategies should be adopted to address each one.
Based on an interview with Shirish Srivastava and on his paper “Does Technostress Inhibit Employee Innovation? Examining the Linear and Curvilinear Influence of Technostress Creators”, co-written with Shalini Chandra (S P Jain School of Global Management) and Anuragini Shirish (Institut Mines Télécom (IMT-BS) and LITEM Lab), published in 2019 in Communications of the Association for Information Systems.
Related topics:
Information Technology
Technology
Human Resources
Download & Print
Share
FACEBOOK
TWITTER
LINKEDIN
EMAIL