Thinking About Time Flying? It Can Affect Your Decision Making

When the clock in our minds ticks loudly, it changes not only our perspective of the time remaining in our lives, but also how we process information. A trio of researchers investigated how thinking about the concept of time can affect our decision making. This unique piece of research could explain biases in hiring, voting, and many other contexts. 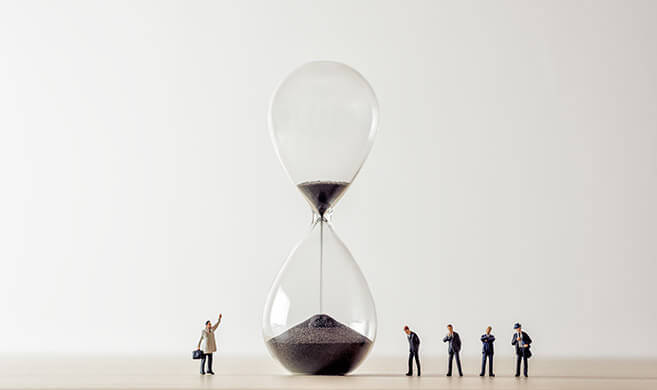 What happens in our minds when time seems to pass by quickly?

Do you ever get the feeling that your time is running out? Perhaps you’ve been dwelling about the fact that we’ve reached the end of another decade and you’ve still not got life quite figured out. Maybe you’re questioning your life choices after seeing that your friends are all getting married, having children and buying houses, and you’re still stuck in the same job you had five years ago. We all get the feeling that the clock is ticking every now and then, but does this feeling change the way that we interpret new information? This is what we set out to investigate, specifically; we wanted to see how this feeling that the clock is ticking impacts a phenomenon known as “information distortion”.

Information distortion is the idea that people tend to be biased towards their pre-existing beliefs when they hear new facts.

Information distortion is the idea that people tend to be biased towards their pre-existing beliefs when they hear new facts. For example, imagine you are a hiring manager at an accountancy firm and you must choose between two job applicants, Adam and Mark. You hear a series of pieces of information about them in sequence. The first piece of information you look at just so happens to be education. Adam has a first-class university degree but Mark only received a second-class degree. Next you learn that Adam has already received some experience working in another similar firm while Mark is fresh out of university. Information distortion occurs if you were to evaluate this second piece of information, the job experience Adam received, as favouring him more than you would have done if you hadn’t already seen that he received a first-class degree. This phenomenon has been shown to occur everywhere from legal decisions to medical diagnoses.

In order to test experimentally whether the feeling that time is running out, known as “limited time perspective”, impacts information distortion; we asked participants to describe a milestone in their life which they felt they had limited time left to achieve. They were given examples such as getting married or achieving their dream career. Participants in the control group were instead asked to report how long they spent each week completing surveys on Amazon Mechanical Turk, the platform where they were recruited. Next, we asked them how likely they would be to invest in a new business venture, producing a new type of material for making furniture. We then presented four attributes of the furniture in sequence. After each feature of the material was presented, we asked the participants to rate whether the new information made them more likely to invest in the product.

Our finding could help us understand why in the world today facts seem to be becoming more and more distorted and political polarisation appears to be increasing.

As we predicted, we found that leading participants to have a limited time perspective made them more likely to distort information. In other words, thinking about the limited time left in their lives made them more likely to hold on to the beliefs they had before having new information.
Our finding could help us understand why in the world today facts seem to be becoming more and more distorted and political polarisation appears to be increasing. As facts become distorted such as in the case of “fake news” websites that spread ideology-fuelled misinformation, people become more polarised, ebbing towards opposing ends of the political spectrum and rejecting evidence that doesn’t confirm their beliefs. Our results suggest that this could be linked to the fact that we are living in a society where we often feel we don’t have enough time, it’s possible that this may be increasing political polarisation. 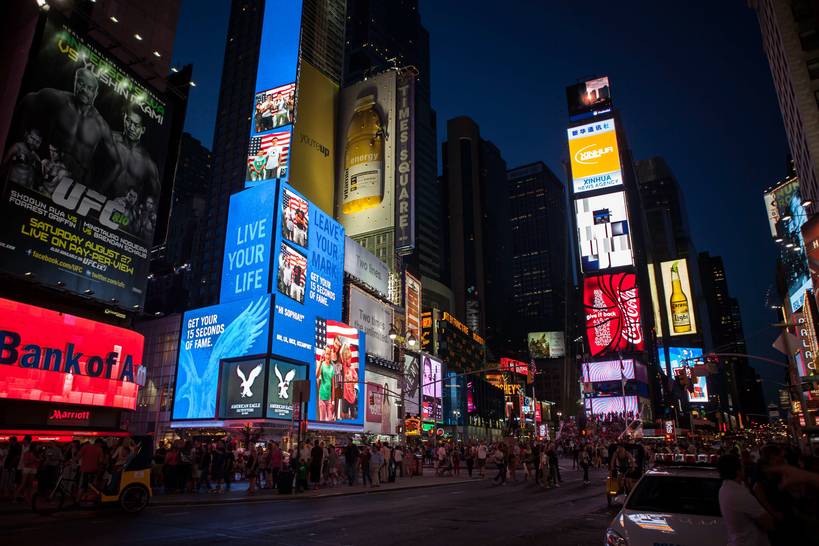 Another aspect of the recent phenomenon of increasing political polarisation that is touched upon by our research is ageing. It’s well known that the elderly tend to vote differently from young people and in recent times there has been much speculation that the gap is widening. In recent years, this gap in voting behaviour has been blamed on everything from Brexit to the election of Donald Trump.

Thinking about the limited time left in their lives made them more likely to hold on to the beliefs they had before having new information.

In order to assess whether age has an impact on information distortion, we repeated our study but instead of artificially leading participants to have a limited time perspective we looked at age. To make our participants think about their age, we asked them to categorise themselves as 18-29, 30-50, or over 50 years of age. We then conducted our study as before and compared the different results based on the various age groupings. As we expected, we found that ageing had the same impact as having a limited time perspective, our older participants were more likely to show biased towards their own pre-existing beliefs.

Ultimately our work shows that the age-old phenomenon of age impacting information distortion can be artificially manipulated very easily in people of all ages by making them think about the time they have left in their lives. Our research provides the first evidence of such a phenomenon so it should be treated with a healthy level of scepticism until it is supported by further studies, however it may provide a fruitful avenue for further research.

Our research has implications for political scientists studying the causes of information distortion. It may also prove valuable for marketers as our work could have implications for subjects such as brand loyalty and consumer confidence. It could also benefit human resources professionals due to the implications our work has for understanding the decision process of older managers.
Based on an interview with Anne-Sophie Chaxel and on her article “The impact of a limited time perspective on information distortion”, co-written with Catherine Wiggins of Cornell University and Jieru Xie of Virginia Polytechnic Institute and State University, Organizational Behavior and Human Decision Processes, 149 (2018).
Related topics:
Decision Sciences
Marketing
Download & Print
Share
FACEBOOK
TWITTER
LINKEDIN
EMAIL