Damaging cases of financial fraud often directly involve company CEOs. Are CEOs with a past in the military less likely to commit fraud? Or are they just better at not getting caught red-handed? New research by Georg Wernicke (HEC Paris) and Irmela Fritzi Koch-Bayram (University of Mannheim) sheds light on that question. 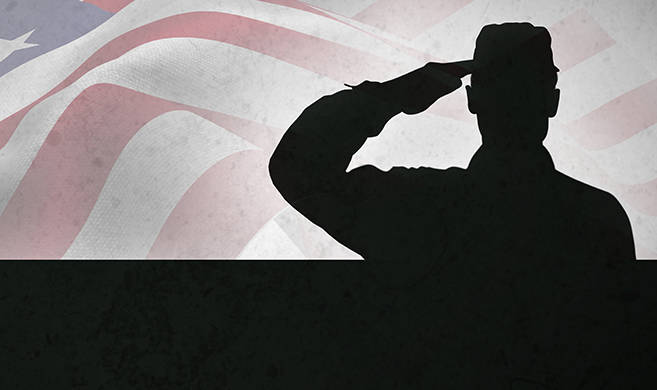 In the 1980’s, 59% of firms listed in Standard & Poor’s 500 Index were headed by ex-military CEOs. As veterans of WW2 and the Korean War have retired, this number has declined steadily, but is still substantial with 8.4% in 2006. There is also a continuous trend of firms targeting former military personnel as new hires. We hypothesized that those in the military are less likely to break rules because the military instils certain values in its members such as loyalty, integrity and obedience.

In order to examine the impact that a past in the military may have had on a CEO’s likelihood of committing fraud, we analysed a dataset of fraud cases among firms included in the Standard & Poor’s 1500 index during the years 1992 to 2011. This dataset includes 103 actual cases of fraud matched to 103 firms which are in the same industry and have a similar size but at which fraud did not occur in a given year. This matching procedure helps us to rule out alternative explanations for our results such as difference in firm size or industry. We further controlled for a range of factors including firm performance, the age and tenure of the CEO, their education, the size of the board, whether or not the CEO is also the chairman of the board and how many independent directors serve on the board of directors. In this dataset of 206 firms, 32 (15.53%) of CEOs have served in the military.

Less fraud with ex-military CEOs... but why?

Our findings for this dataset suggest that the odds of observing a case of fraud was 63% lower if the firm is headed by an ex-military CEO.

The odds of observing a case of fraud was 63% lower if the firm is headed by an ex-military CEO.

Our data clearly shows a link between reduced risk of fraud and a past in the military. However, it is of course possible that military CEOs are simply more adept at not getting caught with their hands in the cookie jar. In order to help rule out this possibility we looked at another dataset that pointed to CEOs whose numbers appeared to be too good to be true. For this, we used a dataset of “lucky option grants” containing 1,265 CEOs at firms included in the Standard & Poor’s 1500 index between 1996-2005. Of those 1,265 CEOs, 213 (16.84%) served in the military.

Suspicious numbers... but less so with ex-soldiers

We found that the likelihood of observing a lucky grant for a given CEO in a given year is in fact 10%, double the number that it should be due to chance. Hence, it is likely that about half the grants in our dataset were backdated, meaning the date the option grant was given to a CEO was subsequently changed to the day with the lowest stock price of the month. For this dataset, we found that when a CEO had served in the military, the likelihood of observing a lucky grant was 7.11% instead of 9.9%, suggesting CEOs were less likely to commit fraud even when there wasn’t a high risk of being caught. The loophole that allowed CEOs to profit from fraudulently backdating their stock options has since been closed.

A surge of interest in ex-military CEOs...

...and their good behavior

Together the research suggests two possible explanations for the link between CEO’s military past and good corporate behaviour. One is that certain types of people apply for the military and these people are more likely to follow rules and regulations. Another is that the military instils good behaviour on those who pass through it.

To be sure that our results are not solely driven by more rule abiding people enrolling themselves into the military, we used the fact that the probability of being drafted into military service differed by birth cohort due to the heightened demand of age‐eligible men during periods of war. For example, 50 to 65 percent of men born between 1931 and 1936 were likely to serve in the Korean War. This number is significantly lower for men born just before or just after this time period. As we do not expect that birth cohort per se will affect fraudulent behaviour, we can use measures for birth cohorts to test if service in the military leads to less fraud. Indeed, this is exactly what we find.

Part of the effect stems from the military instilling certain values in its personnel.

Of course, this does not mean that people enrolling into the military do not differ from their peers who do not enroll. Rather, it would seem likely that a combination of both these factors is responsible for the overall effect of ex-military CEOs being less likely implicated in cases of corporate fraud. What we can say with confidence is that part of the effect stems from the military instilling certain values in its personnel.

Ultimately our research suggests that personal characteristics matter when it comes to the likelihood of a CEO committing fraud. Investors and board members may wish to take characteristics such as past military experience into account when appointing leadership positions.

We analysed two datasets that contained cases of CEO fraud or suspected fraud and checked to see if the CEOs mentioned had been in the military. We compared these results with those of comparable CEOs at other companies who hadn’t been accused of fraud.
Based on an interview with Georg Wernicke and on the paper with Koch‐Bayram IF, Drilled to obey? Ex‐military CEOs and financial misconduct, published in the Strategic Management Journal in 2018. (39:2943–2964).
Related topics:
Governance
Strategy
Accounting
Download & Print
Share
FACEBOOK
TWITTER
LINKEDIN
EMAIL