Researchers have investigated the effect of the transfer of intellectual property rights from researchers to employing universities, in the USA and in Europe. While the effect of this act is positive in the US (more production and therefore competitiveness), the effect is negative in Europe (fewer creations). Interview with Thomas Astebro, professor of entrepreneurship at HEC Paris. 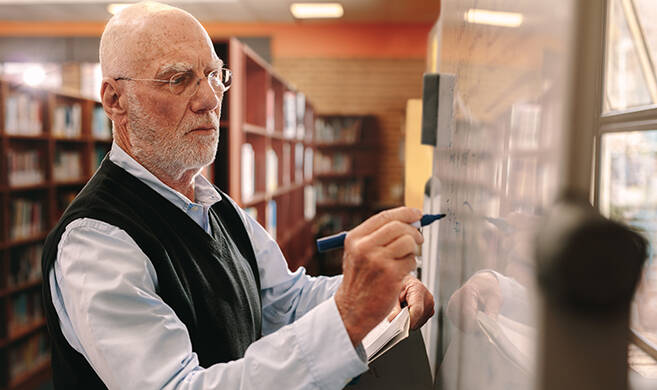 What has changed with Intellectual Property Rights for researchers and entrepreneurs?

First, in the US in 1980, the Intellectual Property Rights (IPR) were transferred to universities if the research was conducted using federal funds. This change was made through the Bayh-Dole Act (BDA).

Traditionally held by the granting agency, this change in the IPR regime aimed to simplify relationships with granting agencies and to increase American competitiveness through increased licensing of university-based research.

In Europe, the Professors’ Privilege (PP) prevailed, so a university has no ownership rights to Intellectual Property created by a university employee.

However, following the apparent success in the US, many countries were about to abolish the Professor’s Privilege in favor of adopting BDA-type IPR regimes around 2005.

What consequences did you find on the creation of patents and businesses?

In Europe, as recent evaluations show, introductions of Bayh-Dole type IPR regimes in several European countries (including Germany, Denmark, Norway, and Finland) have radically decreased both the number of patents claimed by university professors and the number of companies started by university professors. In addition, when measured, the Bayh-Dole type IPR regime has also led to a reduction in the quality of the patents submitted.

In our study, we show that as long as they are stable and supported by an appropriate institutional framework, both types of legislations — Bayh-Dole Act and Professors’ Privilege — can generate fruitful outcomes in terms of invention commercialization by their creators.

However, the many studies investigating the abolition of the Professor’s Privilege in favour of Bayh-Dole type IP regimes in Europe show that wholesale changes to the legislation have had considerable negative consequences regarding academic entrepreneurship.

Hence, countries have for some cases taken decades to adapt the institutional framework to the new legislation of the Bayh-Dole Act.

Don’t rock the boat. Make small changes if necessary. In Sweden, the final report to the parliament suggested that just like in Canada, each university should have the right to decide itself how to regulate IP rights. Further evaluations will surely appear on this important topic.

Interview based on the paper, "Academic Entrepreneurship: The Bayh-Dole Act versus the Professor’s Privilege", published in ILR Review by Thomas Astebro of HEC Paris, Serguey Braguinsky of the University of Maryland, Pont Braunerhjelm of KTH Royal Institute of Technology, and Anders Brostrom of KTH Royal Institute of Technology.  The academic article was selected to be published in a special issue of the ILR Review on Entrepreneurship and Employment. Discuss the comment published by Professor Astebro on SAGE Business and Management INK, "Academic Entrepreneurship: Bayh-Dole versus the “Professor’s Privilege”".
Related topics:
Entrepreneurship and Startups
Decision Sciences
Economics
Strategy
Organizational Behavior
Download & Print
Share
FACEBOOK
TWITTER
LINKEDIN
EMAIL