Being a Responsive and Responsible Leader: the Best Antidote Against Populism

On Thursday 19th January, Alberto Alemanno, Jean Monnet Professor of Law at HEC Paris will be at the Davos World Economic Forum. He will be leading a workshop on leadership and advising members from the Young Global Leaders Community on what the best practices for being a strong leader are. In this article, he identifies the 10 personal qualities that leaders of today may all have but too often lack. 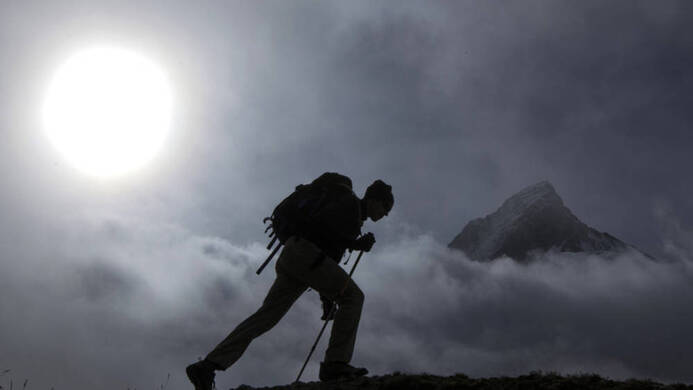 In a world characterized by epic political, social and technological transformations, there has never been a greater need for responsive and responsible leaders. Yet today’s dominant models of leadership struggle to reconcile both qualities. If technocratic leadership privileges responsibility over responsiveness, populist leadership is all about responsiveness.

Critically, neither of these leadership models allow for – or are interested in – the judgement and will of citizens. Indeed, as recently highlighted by Professor Jan-Werner Müller, while the populists act as if there is only one authentic ‘general will’, technocrats assume there is only one correct policy solution. What can today’s leaders do in this context?

Embracing populism seems (electorally) irresistible, after Donald Trump’s presidential campaign wrenched open the so-called “Overton window” of acceptable ideas and language. Moreover, the role of intermediary bodies - from political parties to trade unions - is on the wane as leaders seek to connect directly with their audiences.This trend is even sharper between elections, as leaders facing the incessant demands of social media news cycles look to other forms of legitimization – what the political theorist Nadia Urbinati calls “direct representation”. The way today’s leaders increasingly rely on referenda, petitions and social media to legitimize their action suggests the emergence of a worrying trend of delegation of leadership and therefore responsibility.

In Britain, the Brexit referendum is a case in point, where those who put this issue to a vote and campaigned for the UK to leave the EU did not take responsibility for the consequences. The illusion that politics can simply collect people’s preferences and mechanically turn them into a reality threatens to override the idea behind political representation. In a representative democracy, the mission of leaders should be to temper citizens’ input and emotional responses rather than to foster the violence of the majority. In other words, the relationship between representatives and represented must be ongoing and should entail judgement on both sides.

Hence the need for responsive and responsible leaders to re-appropriate, re-design and expand the shrinking space that today’s populist and technocratic leaders allow between them and the electorate. This space is set to become the playing ground for new forms of political leaderships.

Here the good news is that while conventional political engagement has eroded, democratic expression and unconventional political involvement have expanded. Citizens are not losing interest in public affairs. Quite the contrary. The challenge for leaders is therefore to channel this growing interest in the democratic process through the creation of new avenues of participation, co-creation of policies and oversight of leaders’ actions. In our re-politicised societies, successful political representatives will be those capable of transforming mounting distrust into civic virtue.

This requires personal qualities that are too often deficient among our leaders. Ten features stand out:

Leaders must be able to put themselves into their people’s shoes. While excessive empathy can distort our judgement, compassion and emotional intelligence foster leaders’ problem-solving ability and, eventually, maximize their impact on society. To do so, leaders must share and experience people’s pain and suffering, as well as joy and happiness. They must leave the office, spend more of their time in the streets and while online stay away from filtered bubbles.

Leaders must be beyond suspicion before, during and after the exercise of power. They should commit to democratizing the access to political parties by opening it up to citizens with different, non-political and unconventional backgrounds, including entrepreneurship.

Today, the barriers to entering political parties remain very high and the opportunity costs of a political life are even greater. Once elected, leaders must ensure the full transparency of their actions (e.g. lists of meetings, legislative footprints, donors) and accept various forms of citizen oversight (e.g. evaluation boards, watchdog groups, investigative bodies). When leaving office, they must resist the temptation to monetize their network and experience by walking through revolving doors.

While most voters do not know their elected representatives, affluent, well-connected, organized lobbies and other groups always do. Responsible leaders should level the playing field by taking their decisions only after having listened to and understood all affected interests. To do so, leaders must go beyond formal equality and proactively support the representation of all interests in the policy process.

This could be done by providing financial resources that could be transferred from the haves to the have-nots (e.g. via public consultation fees) and/or by promoting skill-sharing by tapping into networks of citizen experts who could serve civil society organizations on a pro bono basis. The non-profit platform I founded, The Good Lobby, which seeks to counterbalance corporate influence, is just one example of this.

Competence and respect for evidence

In a world of limited resources, any leadership action can be costly, especially when it generates unintended consequences. To mitigate those risks, leaders must commit to basing their decisions on available evidence rather than ideology. Responsible leadership must be evidence-based, competent and transparent as well as ready to unmask “merchants of doubt” - pundits who claim to be impartial scientific authorities, but actually represent corporate interests.

Leaders must lead by example. Their daily conduct should be in line with the values they stand for. At a time of unprecedented inequalities, they should make a sober living a feature of their success and stay away from conflicts of interest. They should be more afraid of social disapproval than of legal and ethical sanctions. Being a leader requires embracing higher moral standards of behavior.

Successful leadership stems from responsive, responsible and daily interaction with - and exposure to - a web of stakeholders, including organized groups, grassroots and individual citizens. In particular, by fostering a culture of citizen oversight, political leaders protect society (and themselves) from their (own) excesses, thus boosting their ability to deliver on their promises and serve the common good.

I can’t think of a better antidote against populism: responsive and responsible leaders.