Can Housing Prices Fuel Optimism On The Way Out?

A striking feature of the ongoing COVID-19 crisis is the boom in house prices. Economists are debating on the origins of such a spike. Based on his recent publication coauthored with Boston College Professor Ryan Chahrour, HEC Paris Professor Gaballo explains how housing prices generates waves of optimism and pessimism causing sizeable fluctuations in the business cycle. A spike in housing prices can then effectively fuel the optimism needed to trigger a quick, persistent recovery of the US economy. 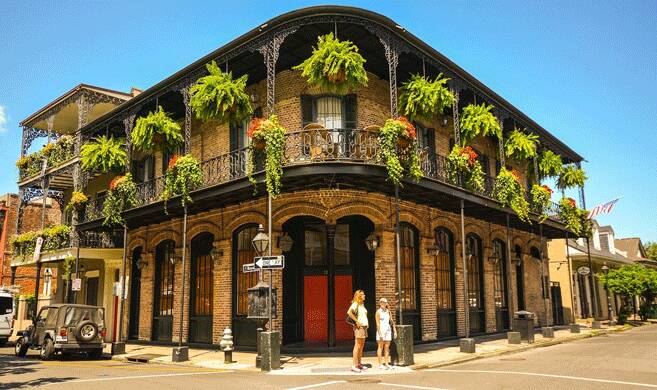 With the advent of the crisis, prices started climbing quickly, reaching a double-digit growth at the end of 2020. Despite it might be too early to comprehend this puzzling dynamics fully, most commentators indicate that as an early sign of recovery, spreading optimism. But, to which extent this may be hint of the way out? In our new research, we stress the importance of price movements in shaping people’s growth expectations and, as a consequence, the business cycle.

How to interpret prices going up?

Prices go up when the economy is booming, but they can also go up when production dwindles. The fact is that, when prices materialize, people generally don't know all the underlying reasons for a price change. Information about the state of the economy is often difficult to interpret and arrives with lags. Prices instead are there, readily accessible by any individual. For this reason, prices are important to people not only because they measure the costs of particular goods, but also because they provide people signals about underlying changes in growth prospects.

Prices are important to people not only because they measure the costs of particular goods, but also because they provide people signals about underlying changes in growth prospects.

Important prices for people's life, like house prices, may have a pivotal role in affecting people's expectations. For example, in our paper we use Michigan Survey of Consumers Expectations data to show that people’s past house price experiences are a far better predictor of their forecasts of their own income than are people's reports about aggregate economic news that they have heard.

People’s past house price experiences are a far better predictor of their forecasts of their own income than are people's reports about aggregate economic news that they have heard.

However, it might happen then that consumers misinterpret a rise in house prices, due idiosyncrasies of the housing market, as a sign that the broader economy is recovering, coordinating consumers' beliefs in a wave of optimism. Such optimism in turn may feed back into prices, adding correlated momentum between business cycles and housing markets. In our paper, we model such channel and show that housing prices may actually account for observed features of the business cycles and can explain the economic impact of apparently autonomous changes in sentiment as driven by market outcomes.

Can misinterpretations cause irrational reactions in housing markets?

Such interpretations and misinterpretations could be a cause of the "irrational exuberance" sometimes observed in housing markets, but they could also be a powerful way out from situations of high economic uncertainty. The case of the ongoing COVID-19 crisis is a perfect fit. Many are asking which direction the economy will take as we exit the COVID-19 era: will the slump persist, or will the economy bounce back stronger than before? One positive indication is coming from the recent boom in housing prices. It is rare to note in history a recession with rising housing prices, especially because house pricing typically drops before a recession starts.

In the last three recessions in the US, a drop in house prices has always anticipated a drop in inflation. However, this time is different.

As the figure shows, in the last three recessions in the US (early 1990s, early 2000s and 2008-2009), a drop in house prices has always anticipated a drop in inflation. However, this time is different. This crisis happened unexpectedly, housing prices did not deflate before or during the recession. Instead, house prices are booming, suggesting people are confident in a rapid surge of the economic activity. To tell the truth, no one can be sure if there is a fundamental reason behind such a price change. Nevertheless, it is exactly because fundamentals are so hard to measure, that people will likely interpret house price increases as a powerful sign of recovered confidence. In this way, a spike in housing prices could effectively fuel the optimism needed (but not sufficient alone) to trigger a quick, and hopefully, persistent recovery.