As COP27 Gears Up, an HEC Student and an Academic Confront Points of View

The COP27 summit begins on November 6 in Sharm al Sheikh, Egypt, exactly a year after COP26 in Glasgow. A year is a long time and challenges have piled up: a world divided by war in Europe, where the world sees an acceleration of climate changes and global warming has beaten all modern records. In this light, Knowledge@HEC discusses the 12-day summit’s agenda and objectives with two guests: Igor Shishlov, Academic Co-Director for HEC’s Climate & Business Certificate; and Shiraz Moret-Bailly, co-president of Esp’R, an HEC student association devoted to sustainability and social economy. 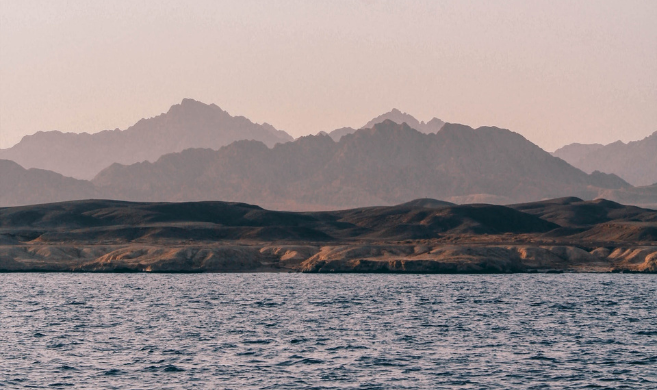 Igor, you're attending COP27 as a senior consultant for the Perspectives Climate Group. What will be your principle objectives at the summit?

This research and consultancy firm works on a range of topics related to climate policies, climate finance, adaptation, etc, and we are organizing a number of side events at the COP. As you may know, in parallel to the official negotiations, there are a number of side events organized by researchers, international organizations and companies. And I'll be discussing the issue of public finance and how different public finance institutions are still supporting and investing in fossil fuel related infrastructure. In many cases, this enables development of new fossil fuel supply, which is incompatible with the 1.5 C degree trajectory. A flagship report published by the International Energy Agency last year concluded that all new investments in fossil fuel supply should cease as of now. Over the past two years, we've been looking at the topic of export finance and how export credit agencies are still providing billions of U.S. dollars in support of fossil fuel investments and exports. We've been looking at how these institutions can be reformed in order to redirect this public support away from fossil fuels to clean energy infrastructure. We've done a number of studies on several countries and at the COP we're going to present them.

We've been looking at how export credit agencies can be reformed in order to redirect this public support away from fossil fuels to clean energy infrastructure.

Shiraz, your association has been involved in these climate issues since 2009 and will be closely following COP27. What will be its approach?

Our association will be communicating a lot on COP27, especially on social media. We plan on relaying information that either reports on, or analyzes, what comes out of this COP. We are likely to publish posts debunking some allegations made during the negotiations. So, for example, when Igor talks about the International Energy Agency’s statement that any new fossil fuel extraction project is incompatible with the Paris Agreement, these are issues we want to communicate on, especially when world leaders make statements that go against such scientific expertise. Once the summit is over, we also want to organize a roundtable bringing together activists and scientists discussing the results and the outcome of this COP.

Igor, how do you see this approach by HEC students? You graduated from the school in 2011 - how do you compare the two generations?

To be frank, I think it's a great initiative. I've seen a big change in mindset of young people like Shiraz. Back in my student days, climate change was a niche topic in business schools. It was more reserved for corporate social responsibility discussions. Whereas now it's really become a central issue, a strategic question, and we see increasing demand from all stakeholders for climate change education programs. Beyond higher education faculties, the youth movements are playing a crucial role in advancing the climate policy agenda over the past years, we've seen that with Greta Thunberg, of course, but not only her – there are many other young leaders and activists who galvanized the public and created this moral imperative around climate change. It’s this generation that is going to live through all the climate change impacts and I think it's having a strong impact on the climate policy debates it has. So, really, I can only support these initiatives and I think it's great that the students are engaging so actively.

I've seen a big change in mindset of young people like Shiraz, and we see increasing demand from all stakeholders for climate change education programs.

Shiraz: Yes, I think there is definitely raising awareness among my generation. But also, among the older generations, because we are not the only ones who are going to deal with the effects of climate change, the depletion of natural resources, and biodiversity loss. (After all,) all of this is likely to happen in 10-20 years. I think there is definitely some kind of a global network of activists that is emerging especially around these global summits. As Igor said, what's really interesting is not so much the negotiations, but the side meetings around the COPs that foster new ideas and cooperation. Events like this can definitely spur debate around these issues. However, although a lot of the people in my generation might be aware of the problem, there is a lot of despair and distrust towards institutions. Most young people – if we look beyond the rich or educated ones - are very wary of such institutions. So does that awareness translate into a call for action? I'm not sure.

Events like this can definitely spur debate around these issues.

2022 marks exactly 30 years since the Earth Summit in Rio de Janeiro. Igor, how far have things evolved - or not - since that landmark?

Well, I would say that our understanding of the climate system has advanced considerably since 1992. Back in 1992, the overall climate science might have already been quite clear, but there were still some uncertainties. We still were not sure about the exact objectives in terms of temperature, potential emissions trajectories, and so on. So the international climate policy was still revolving around this incremental change approach. For example, the Kyoto Protocol required emission reductions of 5% and did not include developing countries. Whereas, over the past years, we really understood where we are heading, the possible disasters ahead of us and what has to be done to avoid them. Hence, we had the Paris Agreement that includes all countries, sets out globally accepted temperature objectives and net zero goals. Now the question is, are we really on track? And the answer is of course no. If we put together all commitments of countries in the form of nationally determined contributions under the Paris Agreement, we're definitely not on track to reach 2°C, let alone 1.5°C. So, the implementation, putting money where the mouth is, is critical. This will be a critical decade.

The implementation, putting money where the mouth is, is critical. This will be a critical decade.

A final word from you Shiraz. During your first year at HEC, you had a three-month internship at the French Ministry of Ecological Transition. This gave you a small insight into governmental approaches to these issues. What did it teach you?

What struck me during my internship was the lack of coherence and communication around climate and environmental issues as a whole. That is, there is a lack of coherence between the different goals of different ministries. For instance, the Ministry for Ecological Transition might have goals concerning climate targets, change of land use, and so on. But those goals contradict the goals of the Ministry of Finance concerning budget or economic growth, for example. So, the most striking issue was really the absence of a global, transversal vision of environmental policy. In the evaluation of effective policies, I found there was a lot of quantitative evaluation and not so much room for critical thinking about our values, that are really at the heart of that policymaking. Of course, policymaking is a slow process, but I thought this was a very technocratic approach to climate change, and not an ambitious political approach that is very much needed today.