Europe’s Democracy Challenge: Citizen Participation in and Beyond Elections

Europe’s democracy is constantly challenged and questioned. In his latest paper published in the German Law Journal (Cambridge University Press) in January 2020, Alberto Alemanno, Jean Monnet Professor of European Union Law at HEC Paris, and engaged academic (Ashoka Fellow and Young Global Leader at the World Economic Forum) reminds and explains the importance of citizens participation for the survival of the European project. He calls for the creation of a transnational political space through a better public understanding of all the existing participatory channels available to EU citizens, beyond elections. This interview of Professor Alemanno offers a flavour of his study. 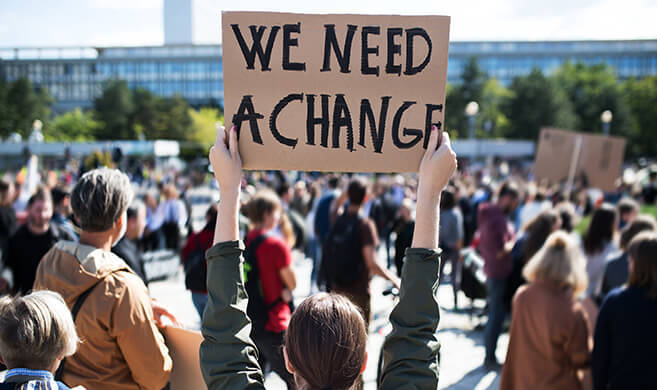 Enemy number one to Europe’s democratic advance is represented by our national political systems and their respective political classes, including and especially its youngest leaders.

Traditional political party politics continue to pretend to be able to govern all major challenges – ranging from migration control to climate change – at the national, as opposed to the European, level. Yet, today’s economic and social interdependence, across the continent, suggests that this is pure fiction. Our European economies and societies are much more europeanised than our political systems, which appear in denial of those realities.

In other words, our European political system has never caught up with the impact that European integration has had on citizens’ daily lives. The absence of an authentic pan-European party system heavily influences the electoral game and partisan competition, which remain largely national.

The absence of an authentic pan-European party system heavily influences the electoral game and partisan competition, which remain largely national.

This absence also militates against the emergence of a pan-European public opinion capable of holding national political class accountable transnationally. Indeed, despite states’ interdependence in matters concerning their citizens’ daily lives—ranging from economic and environmental policy to EU-enacted data protection regulations—Europeans are exposed exclusively to domestic accounts of EU development.

The only way to break such an impasse is for politics to become European and eventually offer the democratic legitimacy the EU desperately needs.

How to complement and enhance EU representative democracy?

Europe’s major deficit is not democratic (those who make decisions in Brussels are our elected governments and representatives at the European Parliament), but one of intelligibility and actual political participation.

Europe’s major deficit is not democratic, but one of intelligibility and actual political participation.

Very few people understand how Europe works, to whom its many institutions are accountable and how citizens can actually influence their operation. Yet, despite its unintelligibility and perceived opaqueness, the EU’s day-to-day operation is, on average, more open, inclusive and accountable than that of most EU Member States.

Multiple avenues of participation exist, ranging from agenda-setting via the European Citizens’ Initiative, advice via public consultation, and adjudication via administrative and legal actions before the EU Ombudsman and national courts respectively. Yet, these participatory channels remain little known. As a result, they remain underused by EU citizens.

Paradoxically, the major beneficiaries of the EU participatory opportunities are not EU citizens, but euro-specialists – be they business (which represents 75% of yearly lobbying meetings) or civil society organisations. Yet, unless citizens begin to organise and make their voices heard, the EU will continue to remain insulated from the wealth of experiences of local democratic experimentation happening all across the continent. This can be done through the establishment of genuine transnational parties as well as through the cultivation of citizen-driven forms of mobilisation, be they citizens’ assemblies or what I call citizen lobbyists.

Unfortunately, neither of these phenomena – which could potentially legitimize the EU – are finding their ways into the EU institutional framework.

Think about it: What is the only thing European citizens never do together? We travel, get married, buy property across the continent, but we never do politics together.