Inflation Rears its Ugly Head: Why? And What Could be the Consequences?

The upswing in inflation figures on both sides of the Atlantic, called “reflation”, continues to worry governments and the public. But what is behind these inflationary pressures? What are the consequences of this 13-year-high in the euro zone (4.1% in October); and 30-year record surge in prices in the United States? To find out what caused these increases and to analyze what could happen in the future, we’ve turn to two HEC academics whose research is linked to the inflation question. Associate Professor Eric Mengus specializes in monetary and macro-economics. His colleague, Associate Professor Gaetano Gaballo, is a researcher in the same domains, and he’s also worked for seven years as a senior economist at the Banque de France. In mid-October, they reflected on a wide range of issues linked to reflation. 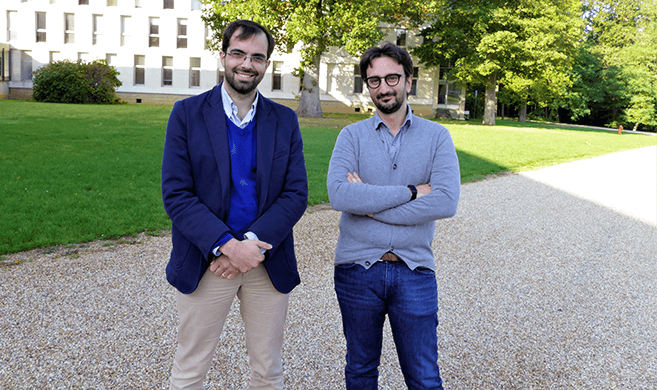 Listen to the podcast

Markets in advanced economies have seen broad-based rises in core inflation across a range of commodities. How do you explain this?

Eric Mengus: Yes, it’s not only commodities but also energy prices that have spiked. And it goes beyond the EU and the US. The global recovery has put pressure on these sectors because more goods are needed. Furthermore, the EU is in a transition phase in its energy industries, and this also puts pressure on the prices. The rest of the markets have not witnessed a major change, however. And then, there is also the issue of wages which is key in terms of inflation.

Gaetano Gaballo: We should keep in mind two aspects. Firstly, is this inflation temporary or persistent? There are many indicators showing it is the former. But no one knows for sure how it will evolve. Secondly, are these price increases due to shortages on the supply side? Or is it simply the fact that people are making above average demands in a rebound from lockdown periods? The answer to these questions will make a difference to the policy response and the impact of this response.

If inflation does go beyond a certain threshold, how much of a threat could it be to the economic recovery?

EM: A key development is that the central banks have redefined their objectives. For example, the Fed have shifted to average inflation targeting. And for the ECB, it’s reviewed its policy and changed its price stability objective, by making the objective symmetric. This is all a bit technical, but it has a major impact on the response by the banks to the surge in inflation. With these new objectives, the banks will tolerate a little transitory inflation above the objectives they originally fixed. If it is short term, the central banks will not push to raise interest rates. This is key because it will not jeopardize the recovery, at least to start with.

GG: The first objective of all central banks is price stability, especially at the ECB and the eurozone. That is the only mandate of the ECB. The critical aspect to consider in this recovery is the financial fragility of the eurozone. The central bank seeks to preserve price stability and fights the financial fragmentation in the EU, especially the weakness of public debt in Europe. An escalation of the debt problem could generate a crisis, as seen in 2012, with critical consequences on the monetary policy. But even if the recovery is just weak, the states will have more problems repaying its debt. This is a major concern, especially if the ECB is forced or induced to raise its rates because inflation spikes up. That will mean more costly debt for governments. Even if the recovery is not central to the ECB’s mandate, it enters the context of how monetary policy will be effective or not.

Contrary to the US, the ECB has not implemented radical changes in the objectives it is pursuing. In the States, they could tolerate increases above the threshold. With the ECB, there are indications that they are for more symmetric targets. But symmetric means that, if before there was a doubt that below 2% was consistent with the objective, now they exclude that this is good for the eurozone. So, price stability is a central concern for the ECB.

Are we venturing into unknown territory, given the uncertainties engendered by the COVID-19 health issues and the possibility of further lockdowns?

EM: There are indeed several unknowns at the moment. But many economists, myself included, compare the situation with what the world knew in the 1970s. At the time, there were also major changes in the economy, and it ended up being a period of high and volatile inflation. We should learn from the lessons of the past to design better policies in the present.

GG: I believe the periods are radically different, however. We are not seeing the same levels of inflation rates and we are emerging from a successful decade which saw inflation stability and the anchoring of inflation below the 2% bar. So, these are not the extremes of the Seventies. There’s been the creation of much more reliable institutions, like the central banks, which have had a stabilizing effect on inflation. They were effective in the Eighties, with inflation targeting, inflation was stable for decades. I don’t fear a hyper-inflation world with double-digit figures. If constraints pushed inflation high, we have the toolbox to push it down, so it’s not a concern.

EM: Yes, but in the Seventies, no one forecast such inflation. That’s similar to today. And the best way to avoid something like that happening is to consider this potential scenario. If there’s a risk, let’s prepare for it. The central banks might have the toolbox, but are they willing to use the tools? I’m not so sure and that’s what we fear, it’s a key issue.

GG: I think what Eric is saying is that central banks could lose their independence. Financial security is a concern and could put governments in such an uncomfortable situation that central banks may lose their independence. I certainly hope that won’t happen; I hope they are much more solid culture against hyperinflation. I want to hope it’s not a possible scenario.

EM: I share that hope and that’s because central banks are already talking about this possible outcome, they are preparing the ground, even for a possible government default. And that’s healthy because discussions reduce the likelihood of such a negative outcome.

GG: And that leads me to underline how important the creation of a European common debt. It’s been the most positive and major piece of news of the last couple years. It comes at a time when tensions are high and could materialize. I hope Europe is moving in a coherent way, preparing for a scenario in which monetary policy can’t boil down to being the only game in town.