Just days after the conclusion of the Smart City Expo World Congress (SCEWC) in Barcelona, HEC Paris Bouygues Professor Bertrand Quélin and SASI Master's graduate Isaac Smadja publish a key study of six award-winning smart cities across the globe. The 238-page eBook is the result of a partnership between Bouygues and HEC in the context of the school’s Smart City & the Common Good Chair. We exchange informally with Professor Quélin about the advantages of, and challenges to, tomorrow’s cities. 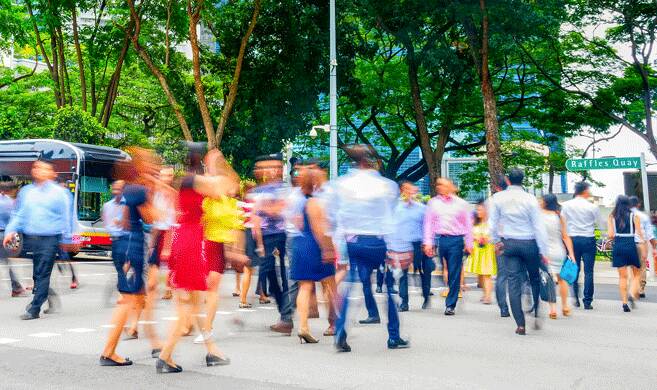 WHY WAS IT IMPORTANT AT THIS JUNCTURE TO ASSESS SMART CITIES THROUGH AN ANALYSIS OF SIX OF THE WORLD’S LEADING METROPOLISES?

One key reason is the ability of main cities to attract people living in a very dense area. On top of this, we’ve come to understand that cities can be very active partners in finding solutions to counter changes such as climate change, depletion of resources, and so on.

THIS WAS A JOINT PROJECT BETWEEN A SENIOR ACADEMIC AND A RECENTLY-GRADUATED HEC STUDENT FROM THE PRESTIGIOUS SASI DEGREE. WHAT DID THE BRINGING TOGETHER OF TWO GENERATIONS, YOU AND ISAAC, CONTRIBUTE TO THIS FIELD OF RESEARCH?

I had started collaborating with Isaac on a couple of assessments of cities and discovered that he had high-quality and productive writing skills. And we enjoyed working together. We enlarged the list of cities and it flowered into this eBook. It wasn’t always easy with the COVID-19 pandemic preventing us from any on-the-ground research. But we worked things out together: I was in charge of the conceptual chapters (though we interacted a lot); whilst Isaac was very active in setting up the methodology, picking the existing set of criteria and applying them to each of the six cities.

BUT DID THIS GENERATION GAP PLAY ON YOUR RESPECTIVE VISIONS ON WHAT SMART CITIES ARE ABOUT?

Well, my economic background led me to focus on governance policy, economic investment and other key factors. Isaac had a better and deeper knowledge of e-mobility, startup strategy and digital solutions. So, the collaboration was based on a true complementarity. 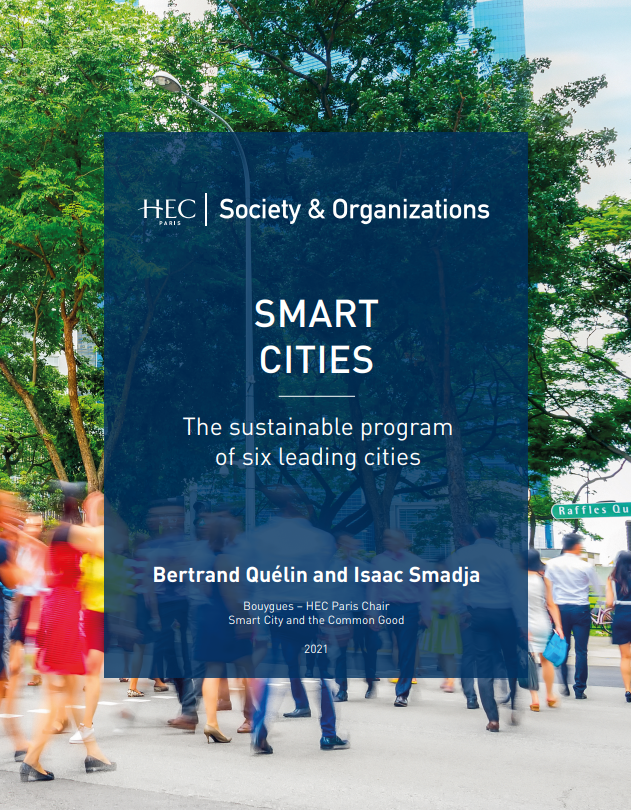 WHAT WERE THE CRITERIA FOR CHOOSING THESE SIX ENTITIES: AMSTERDAM, BARCELONA, COPENHAGEN, TORONTO, VIENNA, SINGAPORE…

All six have been awarded top prizes in different categories in smart city rankings. Singapore, for example, topped the table for overall effort, Barcelona was rewarded for its digital effort, Copenhagen was applauded for its zero-carbon print energy solution… This gave us 10-12 cities. We then cross-checked the reports, the websites and the reliability of city policy. By the way, we deliberately put aside cities in the developing world because poverty and ghettoization made them more complex.

The chosen cities showed an ability to open their governance to private companies which were ready to finance projects.

THESE ARE PART OF 18 CATEGORIES YOU MAP OUT. THEY ALSO INCLUDE HEALTH, MOBILITY, HOUSING, ACTIVITIES… ARE THEY ALL OF EQUAL IMPORTANCE OR DID YOU STRUCTURE A FORM OF HIERARCHY?

I would say they have equal weight. It would be risky to claim one has greater influence than another without detailed data. We know that each city selects one over another, however. For example, Barcelona says a digital platform is a key asset. Clearly, saving energy is the landmark for Copenhagen. The Viennese focus on the elder population. And so on.

In fact you’ve nicknamed each city quite succinctly: Amsterdam is the collaborative city, Singapore the smart nation, Toronto the Google city…

To be honest it was a marketing temptation. They reflect the main direction the city is going towards; it helps the reader understand the relative weight of these factors.

EACH CITY IS UNIQUE, BUT HOW COLLABORATIVE ARE THEY BETWEEN THEM?

They all have distinctive profiles, but there is some exchange thanks to structures like the C40. There, they share their experiences, for example about e-mobility, saving energy, roof-saving water projects, gardens… These help compare the propensity of each member to find local solutions to global problems.

YOUR CONCLUSION IS THAT URBAN TRANSFORMATION REQUIRES THE CONVERGENCE OF THREE FACTORS: THE VISION DEVELOPED BY THE TEAM IN CHARGE OF RUNNING THE CITY, STRONG INVOLVEMENT OF COMPANIES IN DELIVERING SOLUTIONS AND SHARING VALUE, AND ACTIVE COLLABORATION INVOLVING DIFFERENT STAKEHOLDERS. NONE OF THESE CITIES YOU EXAMINE ARE ALIKE. SO, WHICH INCARNATES THESE THREE FACTORS BEST FOR YOU?

Oh, that’s a difficult question. I suppose I have a lot of respect for Copenhagen. And for Singapore, for different reasons. Copenhagen started very early on, mainly because they were facing major flooding a decade ago and they realized they could not continue working as they had in the past. Here we see the efficacy of collaborating with private companies and the importance of citizen participation. The vision of a carbon-neutral city grew quickly. Singapore is very interesting because it’s a small but very wealthy state and a large city. So, it’s modern but able to rely on a very efficient administration. They dedicate almost every service to apps. We could have called it App City!

In Copenhagen we see the efficacy of collaborating with private companies and the importance of citizen participation.

WHERE FROM HERE IN TERMS OF YOUR RESEARCH ON SMART CITIES? WILL YOU BE BROADENING YOUR GEOGRAPHICAL NET? OR RE-EXAMINING YOUR CONCLUSIONS IN THE LIGHT OF ON-THE-GROUND INVESTIGATIONS WHICH YOU CAN FINALLY DO?

There are plenty of other directions to explore, we have no limits. We’re definitely going to go on the ground to scrutinize activities in each city and discuss with both private partners and the political teams in charge. We’ll also widen our list of cities to be able to compare them with our original six. Finally, we’re keen on studying the type of partnerships between private companies and public bodies. We’ve identified, for example, a key collaboration between Siemens and Vienna. And Amsterdam is very keen to give a major role for private companies working with startups. These cities are distinctive laboratories because none of them have the same profile, which is very exciting.