Why Private Equity Firms Should Include More Women

At the senior level, men outnumber women by a 10 to 1 ratio in the private equity sector. Considerations about gender equality notwithstanding, such a testosterone-only environment is not good for... the bottom line. A large-scale study of investment deals by HEC Paris professor of strategy and business policy proves that teams with at least one female member dramatically outperform male-only teams. An interview with Oliver Gottschalg. 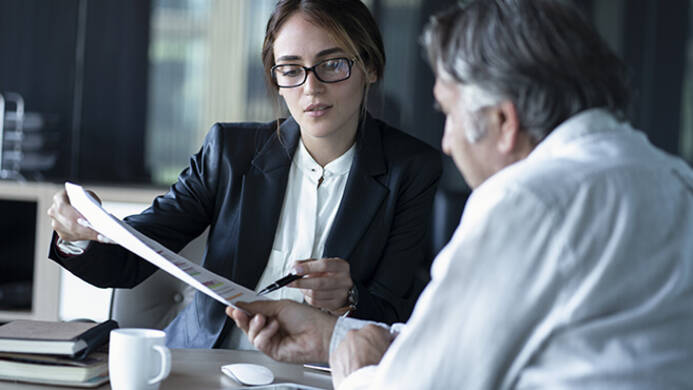 At board level, private equity appears to be trailing by a ratio of 2:1 in gender diversity compared with the broader financial services industry. Women occupy only 9.4 per cent of senior jobs in private equity. And this glass ceiling has thickened in the past two decades. Audited performance data on deals completed between 1986 and 2015 shows a drop in the number of women leading deals in the final decade (from 5 per cent before 1995 to 1 percent between 2006 and 2015).

Passing the microphone to the devil's advocate: does it matter?

Gender diversity in private equity is not only about morality; it is also a contributor to successful transactions. Our large-scale research reveals that gender diversity produces higher returns and a lower risk of failure than all-male teams.

Gender diversity in private equity is not only about morality; it is also a contributor to successful transactions.

When the private equity executive Lise Fauconnier led Ardian’s investment in logistics specialist Staci last October, acquiring a majority stake, it was not just another feather in the cap for an experienced investor with an impressive record. The managing director’s success was also another example of the efficacy of gender diversity in executive teams in buyout and growth operations. We expect that, diversity in all forms — ethnicity, nationality, gender, professional backgrounds and experience — enhances efficiency in private equity buyouts.

Exactly how much more efficient are gender-diverse teams?

Fauconnier’s ability, and that of other female investment managers, came as no surprise to me and my colleagues at HEC Paris. With unprecedented access to data, we showed that buyout teams with at least one woman outperformed all-male teams across three widely recognized private equity deal performance indicators (PERACS Alpha, total value to paid in, and internal rate of return or IRR). Committees with at least one female member outperform all-male committees by an average 12 per cent of IRR and a remarkable 52 cents per dollar invested. Gender diversity also brought down the average capital loss ratio of a fund by 8 per cent to 12 per cent.

Women led buyouts are found more often in biotech and IT but less in industrials, business services and technology, media and telecoms. Deals made by women also tended to have longer holding periods, which can be a sign of more fundamental transformation at the company, or an indication of deals not being sold prematurely, but held until full value creation potential has been realized.

How were you able to demonstrate such a striking effect?

As a strategy professor at HEC Paris, since 2010 I have run the Private Equity Observatory, a research program financed by several private equity companies and advisory firms. This allowed me to gather a vast amount of data shared in confidence by investors in private equity. In partnership with MVISION, I have investigated over the past 12 months the relationship between gender diversity and performance in the mature private equity markets of Europe and North America. My data set was 2,454 realized deals executed by 51 fund managers across 220 funds over 20 years. Based on these deals, the study made informed assumptions about the gender composition of investment committees using the data available to us. Other research has suggested these effects, but our study is the first to prove empirically that performance of gender-balanced investment teams correlates with higher returns in private equity.

So why are private equity companies unable or unwilling to implement greater gender balance?

The question arose when I presented my findings at a panel discussion at the National Arts Club in New York in June, an event featuring several senior female private equity executives. During the debate, private equity investor Sheryl Schwartz — one of Mergers & Acquisitions magazine’s “most influential women in mid-market M&A” — asked rhetorically: “With better performance and lower loss rates, why wouldn’t private equity firms put women on deal teams?” Our conclusions indeed make her question appear a no-brainer.

The answers hypothetically could be at several levels: there is an underrepresentation of women graduates from business schools; of these graduates, a small proportion goes into the financial industry. Furthermore, private equity is a sector with long working hours and a heightened culture of competition that are not easily compatible with family life. Finally, women may still be forced to be twice as tough and streetwise as men to make it to partner or directorship levels — another compromise to a healthy work/life balance which male counterparts appear more willing to accept.

What could be done to include more women in private equity teams?

There are solutions: mechanisms to make jobs more compatible with what women seek, allowing a flow of qualified women into private equity. We also believe men need to come on board in driving gender diversity: they should know it is likely that male leaders provided many of the career opportunities given to the women observed in our research. The evidence suggests men must become involved in the debate, not as a token gesture but as a matter of financial logic.

The evidence suggests men must become involved in the debate, not as a token gesture but as a matter of financial logic.

Private equity firms should find ways to implement diversity systematically at all levels of their investment structures. In this way, role models such as Fauconnier and Schwartz may multiply in the same proportions as the number of women found in firms’ key decision-making bodies. We are trying to do our share at HEC to attract women to private equity and some signs are encouraging: The elective on Management Buyouts I am currently teaching in the CEMS program has 52% female participants, some of which already completed internships in the private equity industry!

Why it Pays to Sell Corporate Assets to Private Equity Buyers

Oliver Gottschalg's current research focuses on the strategic logic and the performance determinants of private equity investments. A second stream of...