Will NFTs Disrupt The Art Market?

Why do non-fungible tokens (NFTs) have the potential to disrupt the art market? This new investment phenomenon came to light when an animated GIF of Nyan Cat, which is a meme of a flying pop-tart cat, sold for more than $500,000 US Dollars. Shortly after, musician Grimes sold her digital art for more than $6 million US Dollars. HEC Paris Associate Professor of finance Christophe Spaenjers explains how NFTs work and why they have become such big news for the investment world. 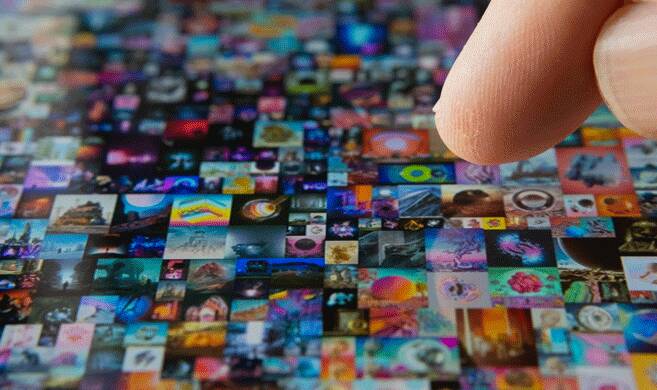 What are non-fungible tokens (NFTs)?

You can think of an NFT as a unique electronic identifier that certifies ownership of any digital asset—a video clip, a tweet, a digital image. These certificates of ownership are recorded on a blockchain, which you can think of as a secure digital ledger.

NFTs are typically “minted” or created through an NFT marketplace, after which they can be sold and traded between collectors and investors. Each NFT represents ownership of one particular object, so they are non-fungible: each NFT is different. Yet, NFTs can still be minted in “limited editions”, like prints or photographs, so that one digital asset can be “owned” by 5 or 50 different collectors. For example, there has been a hype around the trading of NBA TopShots, which are basketball video highlights that are sold in numbered editions.

You can think of an NFT as a unique electronic identifier that certifies ownership of any digital asset—a video clip, a tweet, a digital image. These certificates of ownership are recorded on a blockchain, which you can think of as a secure digital ledger.

Two things are noteworthy: First, your ownership of the underlying digital asset is recorded on the blockchain as an electronic identifier, but the asset itself—the image or video—is not. The token will typically point to where the digital object can be found. This also means that one needs to think about who makes sure that the image or video remains stored somewhere, so that you do not end up owning a broken link.

Second, if you buy the NFT, you can call yourself an “owner” of the underlying digital asset, but that doesn’t transfer copyright to you, and doesn’t mean that other people can’t see and download the same image from the internet or watch the same movie clip on YouTube.

You may wonder why anybody would pay thousands or millions of euros for something that’s available for free anyway. That has actually always been the case in collectibles markets: even perfect reproductions are only worth a fraction of the original artwork. Art collectors often pay more for the emotional reward associated with ownership than for the aesthetic pleasure. (C. Spaenjers et al., 2015).

Why do NFTs have the potential to disrupt the art market?

In the particular context of the art market, NFTs arguably solve a real problem. Normally digital files—and thus also digital art—can be freely and easily copied, downloaded, redistributed. NFTs bring two important elements: they introduce a dimension of authenticity with certified ownership; and they create scarcity, as each digital artwork will only have 1 or at most a limited number of owners. This combination of certification of ownership on the one hand and the creation of scarcity on the other hand allows digital art to be collected and traded like non-digital artworks.

There are several ways in which NFTs may be disrupting the art market. (©Gersey on Adobe Stock)

There are other ways in which NFTs may be disrupting the art market. First, they may lead to a change in the way that art is traded, and even defined. Creators of digital artworks can sell directly to collectors through a platform, cutting out dealers and galleries. This may explain why auction houses are so keen on entering this market, to make sure that they are not skipped over themselves.

Second, the NFT contracts can have a built-in feature that automatically give artists a cut on any resale transaction. This is really nice for the artists because historically they have not always benefited from the resales of their own work.

Why do we hear so much about NFTs in the news?

The transaction volume has exploded recently. A watershed moment for NFTs and for the art market was the 69-million-dollar sale of a digital collage by an American artist called Beeple recently at Christie’s. This sale immediately made Beeple the third most expensive living artist in the world! In mid-April, a single grey pixel by another crypto-artist sold for 1.3 million dollars at Sotheby’s. The work is really just a small grey square. And soon Christie’s will sell a set of pixelated avatars called CryptoPunks; the auction house’s pre-sale estimate for the lot is 7 to 9 million dollars.

The 69-million-dollar sale of a digital collage by Beeple at Christie’s made him the third most expensive living artist in the world!

Outside of the art market, I already mentioned the hype around NBA video highlights. There was an NFT on Twitter founder Jack Dorsey’s first tweet that sold for about $3m. The American rock band Kings of Leon released their new album as an NFT, which generated $2m. Of course, these prices are quite astonishing, and they make plenty of people scratch their heads. However, the large majority of NFTs go for very modest prices; the media are of course focusing on the tip of the iceberg.

Is this the future of art collecting, or is this a bubble?

Many people think that this is a bubble, including Beeple. There is clearly a number of important dangers or risks that potential NFT buyers should be aware of. First, it is unclear to what extent current market activity is being driven by collectors – who are really interested in the underlying artwork or object – vs. speculators and crypto-fans who just want to push prices higher. Some people say much of NFT trading is a joke, but the people who are buying are in on the joke. They know it’s ridiculous to spend so much money on a tweet or a digital image, but it is funny. This situation reminds a bit of cryptocurrencies: Dogecoin recently enormously appreciated in value, even though it started as a joke.

Second, there is a possibility of excess supply: each individual object is unique or in limited supply, but there is a potentially unlimited amount of NFTs that can be created, with very little effort. Any digital image or video or text can be turned into an NFT, and this is happening—lots of famous people and organizations are trying to jump on the bandwagon and create their own NFTs. Not all of these will hold their value.

There is still a lot of uncertainty about NFT's valuation, but even if some of the current hype may go away, NFTs will be here to stay.

More fundamentally, there is still a lot of uncertainty about valuation. For paintings, for example, we sort of know what the price hierarchy of artists is—because we have information on decades of trades. Even for contemporary artists, there is the whole ecosystem of galleries, fairs, critics that determine market values, and even the definition of art. But a lot of the artworks that are now sold as NFTs are by artists or creators that are not part of the traditional art world and that do not have a sales history. A lot of the innovation in these works may also be technological rather than artistic or aesthetic. So it is really hard to evaluate whether paying 1.3 million dollars for a single grey pixel is reasonable or not. Only time will tell, I guess.

However, it is usual for a new technology to be associated with some inflated expectations, speculation and experimentation, and probably some scams. But the NFT technology has a real use value, as it solves real problems. So even if some of the current hype may go away, NFTs will be here to stay.

watch the CBER symposium on NFT and the art market with Prof. Spaenjers:

more podcasts on the future of creative industries

Professor Spaenjers has created the podcast series "Machines & Masterpieces". In each episode, a different expert is interviewed to explore both how technology will shape the future of creative industries, and how technology enables new research into artistic production and consumption.