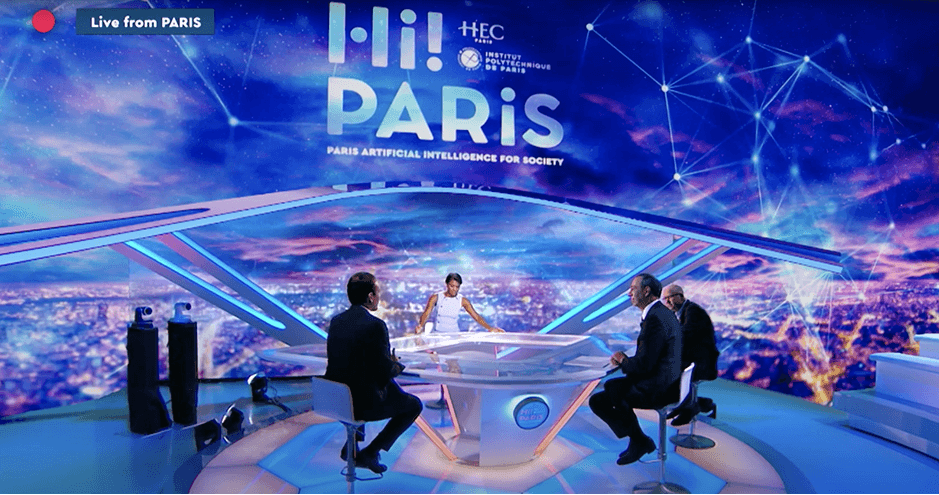 The Center on Artificial Intelligence and Data Analytics for Science, Business and Society, or Hi! Paris, brings together world-class researchers, professors and PhD students to create Europe’s first interdisciplinary and interinstitutional center dedicated to pushing back the boundaries of AI and Data Science. The Center is being supported by global companies such as Kering, Rexel, Total, L’Oréal and Capgemini. “At this launch, we have united all the stakeholders – the students, researchers, academics, sponsors and political decision-makers,” said HEC Paris Dean Peter Todd, in concluding the three-hour inauguration, presented with verve by television anchor Marie-Aline Meliyi. “All the ingredients are here to create a world leading institution answering a central question: how can technology change society and have a positive impact on our wellbeing?” “This is the right time to step up and scale up,” pursued IP Paris President Eric Labaye. “In order to solve the biggest issues on Earth, we need a multidisciplinary approach that has ethics and diversity at the heart of its mission.”

Anne-Laure Sellier, one of the researchers incarnating the interdisciplinarity at the Center described how AI-driven technology is transforming business. The HEC Associate Professor in marketing gave examples from her own research: “We have data suggesting that we look like our brands. Imagine, we can guess what perfume you wear or what car you drive above chance level! There are many other examples that share a focus either on the technical part of AI, or its human component – how to make sure that its uses will remain ethical so that human societies get elevated by AI and Data science, rather than suffer from these sciences.”

For the mathematician and 2010 laureate of the Fields Medal, Cédric Villani, the €50 million project is “exactly what we need to make sure students work hand-in-hand across disciplines to learn from different cultures in a pragmatic approach.” One of France’s AI specialist was joined by Cédric O, Secretary of State for France’s Digital Transition. Said the 2006 HEC graduate: “The US and Asia is currently leading the field but we seek to dethrone them. We think France has a card to play and, with this Center, we believe we can compete with the best.”

Nevertheless, the challenges remain immense. “The volume of data produced every day is mind-boggling,” said the Center’s scientific co-director and HEC Paris professor Thierry Foucault. “These data have enormous potential in business applications but their exploitation with techniques from data science and AI raises new challenges and risks for society. For instance, when you replace human judgment by automated decisions or when you use data about individuals, there are legitimate concerns about fairness and privacy issues.”

At the same time, the greater the challenge, the larger the number of aspiring researchers investing the field. The new center represents an enormous boost for the joint PhD program the engineer and business schools created last year, as it seeks to recruit 150 doctoral students. “To give you an idea of the magnitude of this number,” said its co-director Kristine de Valck, “we currently have around 300 PhD students working on research methods and topics related to data science and AI. The center thus aims to significantly increase this number, which is needed to reach critical mass.”

To jumpstart their research career, they will benefit from what the co-scientific director of Hi! Paris, Eric Moulines (Ecole Polytechnique), called Hybrid Intelligence: “We need a new understanding of AI that takes humans and humanity explicitly into account. Hybrid Intelligence is the combination of human and machine intelligence, augmenting human intellect and capabilities instead of replacing them.”

To break through in this relatively new field, the Center is also embarking on a recruiting drive for 30 of some of the world’s top researchers. “We are in a global race for the best talents in an industry which is experiencing unprecedented transformations every day,” underlined Peter Todd. “But our success is rooted in unique innovation. So, our goal is to side-step that competition and offer solutions that no one else offers.” For this, the HEC Dean pointed to one of the host country’s assets: “The French touch takes into account the broader consequences and effects that AI has on society and its workers. This is very different approach to our American and Chinese competitors and helps us to stand up to them.”