Gender and the Generation Z: a Turning Points Debate

HEC Paris and the ESCP business school celebrated the first anniversary of their joint Turning Points Research Chair with a 90-minute discussion featuring professors Anne-Laure Sellier and Ben Voyer and Cyrille Vigneron, President and CEO of Cartier. The luxury Maison helped set up the Chair to explore emerging generational and cultural changes. 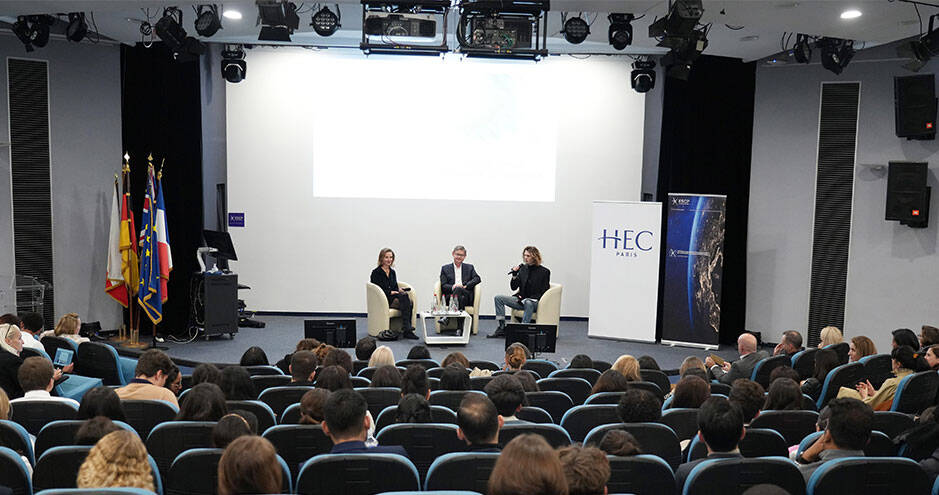 When laying out the objectives of the Chair, ESCP professor Ben Voyer described it 14 months ago as “a playground to explore core issues such as new forms of consumption, de-consumption, sustainability and gender.” This last topic was at the heart of discussion entitled “Why Gender Matters?” that took place in a packed ESCP amphitheater in Paris. 21 months after the Chair was inaugurated, the joint Chair holders professors Anne-Laure Sellier (HEC Paris Professor of Creativity and Marketing) and Ben Voyer were joined by Cyrille Vigneron, President and CEO of Cartier for an open conversation on gender in the 21st century - and the need for business and management to understand and integrate the aspirations and representational changes called for by the Generation Z.

“We must understand both the changes in women customers’ approach to their own identity; and how our own female staff want to be seen, understood and represented,” said Vigneron, himself an ESCP alumnus (1982). “Managers feel that gender is a hot topic amongst the youth,” added Sellier. “It’s also a subject of conflict between generations. Yet, they must work together and managers have to deal with this friction. Researchers focus on these seemingly narcissistic aspects of our subjective experiences. But we’re in a society where two genders is no longer enough to describe both this biological and experiential reality. Now, if we look at Tinder, as an illustration, there are 37 genders. [Ed: For a refined and exhaustive study of this debate, we invite you to read the exhaustive analysis by Resurchify] Why? Why such a fine-grained gender taxonomy? Is it helpful and beneficial for society to discuss them? As future managers, how should you approach your careers differently with this knowledge?”

Breaking Barriers – But How?

Having set the scene, the specialist in cognitive biases and debiasing (among other disciplines) invited the audience to share their thoughts. Some of the students were refreshingly frank in their feedback: “The language being used in this debate remains very binary in nature, very masculine/feminine,” said one. “What I would like to know is how soon do we get to see non-binary representatives in the boardrooms and top management positions?” A second student asked for clarification on what she saw as contradictory positions: “On the one hand, the panel invites young people like us to change, take power, break barriers. But you also say our generation is too quick to react. We are often told we are too inexperienced for higher roles and lack knowledge. So, how can we break through these barriers?” Cyrille Vigneron suggested two directions for the last query: “Startups are one possibility,”  he said. “By founding your own company, you answer to no one and can change things as you will. At Cartier, we’ve seen young leaders work on many continents and achieve amazing projects and results. It’s a way of making a mark of your own. Then, there is our engagement with HEC and ESCP in creating the GenZ Observatory. With this think tank we’ve created a space to reflect on how young people think internally and externally. This is a space to take their queries into account, have their voice heard and make management adapt to them.”

Sellier encouraged the questioner to explore the options provided by the Tech world: “Technology is changing the world and is expanding. Yet, 90% of those involved are men. (Tech managers) are aware of this imbalance and are taking strong actions to balance the genders. Still, not many students are applying, women are staying away. So, my advice is: tech is a fantastic opportunity, so apply for these jobs!”

Voyer shared his own research approach with the audience: “I share your frustration. But gender now has much more of a power component. Power is about controlling resources and having the capacity to influence decisions at the top. We are trying to open things up in a non-binary way, but it takes time. Yet, one does not need to be strong to be powerful, and vice versa, it’s not gendered at all. Gender is at the heart of an intersection between the social world around us and how groups and cultures shape the way we express our identities – whether gender or else. This is what we are exploring.”

For the HEC Dean of Faculty & Research Andrea Masini, the Chair researchers can harmonize these explorations through data, information and rigorous and unbiased analysis: “This collaboration between two major faculties and an outstanding brand allows us to advance differently, create knowledge to help change and shape the world we live in. The partnership guarantees that the research is relevant and important for society and companies. Only by having this constant interaction and sounding board with companies like Cartier can we achieve this.” ESCP Vice President Simon Mercado concurred on the Chair’s drive to make positive change in society and promote dialogue over turning points in debates such as gender. “This is a framework for progressive knowledge, ideation and joint positioning around critical themes like gender.” Anne-Laure Sellier summed up the debate’s general mood of reconciliation: “Many things remain forbidden. It’s critical to learn about the different issues and underpinnings behind the vision of each generation on these fights. Looking at the time span between Boomers and GenZ, it is striking to see that the fights are very much the same, it is how they are tackled which varies. Let’s remember that boomers opened the way. Today, Gen Z tend to consider that they did not go far enough, fast enough. To effectively move forward, it is critical that the different generations, who work together in the business world to produce impact on societies, see each other as partners, not enemies. Managers and teams must take the conversation to a deeper level so as to not be slowed down by these issues.” 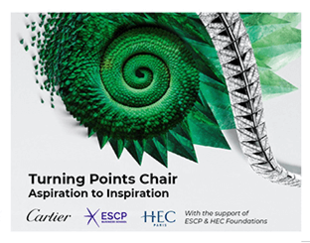