In giving large compensation to CEOs, some companies receive criticism in the media, while others escape attention. Recent research shows that the companies under the most scrutiny are often those who engage in activities that media and other stakeholders perceive as contradictory, such as CEO overcompensation and corporate philanthropy. 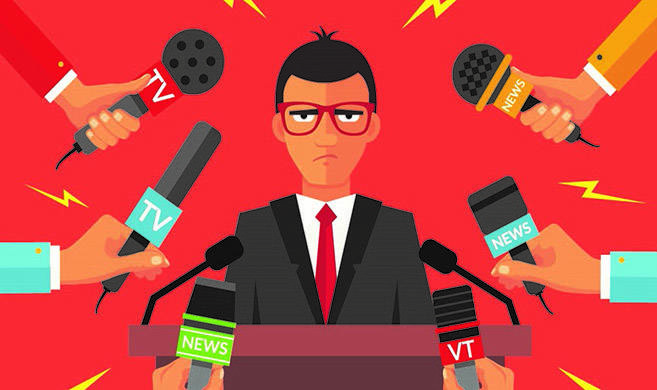 The media can play an important role in shaping a company’s reputation. Journalists may neutrally report the facts or add positive or negative spin that influences how a company is perceived by its stakeholders and the public. Researchers Georg Wernicke, Jean-Philippe Vergne, and Steffen Brenner set out to explore why some companies are criticized by the press for CEO compensation, while others – despite paying similar amounts – escape that criticism.

A company’s positive, altruistic activities actually increase the level of criticism they receive about CEO greed.

Their investigation revealed that when a company engages in activities that can potentially be perceived as contradictory, they are more likely to receive media criticism. “Contrasting activities, such as paying a large sum to the CEO and simultaneously engaging in corporate philanthropy, can generate confusion as to the character of a firm, potentially resulting in perceptions of hypocrisy or greenwashing and thereby sparking higher levels of disapproval among observers,” Wernicke explains.

To study how incongruent behavior can lead to media disapproval, the team isolated two corporate behaviors at opposite ends of the ethical spectrum: greed and altruism.

CEO compensation receives a lot of media attention. Inexplicable excessive compensation — where CEOs are seen to be paid more than what they deserve – is usually thought of as greed. Although this overcompensation is largely subjective, the amount a CEO should earn can be estimated based on a firm’s size, industry, profitability, and the CEO’s duration in the job.

In some cases, the media will pick up on CEO overcompensation and report on it in a negative light. When comparing two CEOs that are overcompensated by the same amount, however, one may receive negative media attention, while the other will not. For example, among CEOs overcompensated for two consecutive years, media criticism only occurs in 36.5 percent of cases (in year 2).

A contrast to greed: Altruism through corporate philanthropy

In stark contrast to CEO greed, a company engaging in corporate philanthropy will attempt to give back to society in a number of ways, such as by making donations to charities and facilitating employee volunteering opportunities. They act altruistically. Wernicke asks the question, “If two firms are both perceived as overpaying their CEOs by the same amount, but one engages in corporate philanthropy and one does not – is one criticized more by the media?”

To answer this, the team investigated how CEO compensation packages of S&P 1500 index companies between 1995 and 2006 were perceived by the media.

Overall, the study revealed that, indeed, companies that engage in more corporate philanthropy are more criticized for CEO compensation. In Wernicke’s words, “A company’s positive, altruistic activities actually increase the level of criticism they receive about CEO greed.” More specifically, the researchers found that when a company has low philanthropic involvement, CEO overcompensation will be reported on negatively in 14% of news articles, instead of 37% in cases of high philanthropic involvement.

Remember, however, that they are not being criticized for doing good but rather for sending out contrasting messages.

The team’s work also revealed that when criticized by the media, certain companies that engage a lot in corporate philanthropy will reduce CEO overcompensation in the following year. Here, media disapproval can lead to a lowering of CEO overcompensation. However, this reaction to negative press is only true for a small proportion of the companies studied – those that are very strongly engaged in corporate philanthropy. In most circumstances, even if a company is involved in some philanthropic activities, they will not respond to negative press by lowering CEO compensation.

Overall, Wernicke and co-researchers have shown that to avoid negative media attention, company actions must be coherent. “To an extent, the study’s findings may seem counterintuitive, as companies that engage in ethical practices are reprimanded more severely than those that do not,” Wernicke concludes.

“Remember, however, that they are not being criticized for doing good but rather for sending out contrasting messages.” The study also shows that media accounts actually influence corporate actions in the context of compensation paid to CEOs.

Engagement in philanthropic activities can improve a company’s reputation, help them in times of crises, and has generally been found to improve firm performance on many dimensions.

Wernicke’s study shows some companies are singled out for perceptions of CEO overcompensation, and the criticism is exacerbated if they are seen to engage in contrasting behavior, like corporate philanthropy. Contrasting, incongruent signals lead to disapproval and mistrust by stakeholders, the media and the public. Observers ask: “Are you greenwashing? Are you lying to us?” When it comes to CEO compensation packages, Wernicke advises that companies remain wary of granting packages that could potentially be perceived as excessive by external audiences. “Attracting the best CEOs can mean very high pay is needed, but if the pay is perceived as excessive, the negative consequences can go beyond media criticism and can act to reverse the positive effects of engaging in Corporate Social Responsibility (CSR) activities. Companies can avoid negative media attention by reducing the amount of CEO pay that seems unrelated to actual firm performance indicators.” Wernicke also highlights that sometimes the media seem to criticize the wrong companies. In about 5% of the instances studied, they found that firms were criticized by the media for CEO overcompensation when, in fact, by industry standards, those firms had actually been underpaying their CEOs for two consecutive years. The media wants to report the facts but, to sell copies and engage readers, they sometimes also scandalize company activities. If a company’s activities are not put into perspective and in the context of the actions of other companies, such reporting could be deemed ‘fake news’. “In times of fake news, the legitimacy of the media is threatened, so the press needs to pay particular attention to whom and what they criticize,” he notes. In the context of research, this study is one of the few examples of an investigation into the incongruent behavior of companies. The study sheds new light on how the media can influence corporate governance and has opened up many new avenues of investigation into CEO compensation and corporate philanthropy.

Wernicke, Vergne and Brenner looked at the CEO compensation packages of S&P 1500 index companies between 1995 and 2006. The Execucomp database gave them access to details about CEO compensation that they could use to determine if a CEO was overpaid, underpaid or paid in-line with expectations. The Kinder Lydenberg Domini (KLD) database allowed the team to access information on the level of company corporate philanthropy. They then determined how CEO pay was perceived by the media via content analysis of articles from over 50 different US news outlets during this period. Regression analysis of the articles enabled them to understand that CEO overpay leads to more media criticism, and that this is exacerbated in firms that engage in high levels of corporate philanthropy.
Based on an interview with Georg Wernicke, on his paper “Signal Incongruence and Its Consequences: A Study of Media Disapproval and CEO Overcompensation” co-authored with Jean-Philippe Vergne (Ivey Business School) and Steffen Brenner (Copenhagen Business School) and published in Organization Science, 2018.
Related topics:
Leadership
Governance
Strategy
Management Control - Audit
Video
Download & Print
Share
FACEBOOK
TWITTER
LINKEDIN
EMAIL