How to Choose the Right Growth Strategy?

Larger firms often outperform their smaller competitors. But as companies scale up, how do different growth strategies affect performance? Pierre Dussauge and co-researchers explore the benefits that accompany different modes of growth. 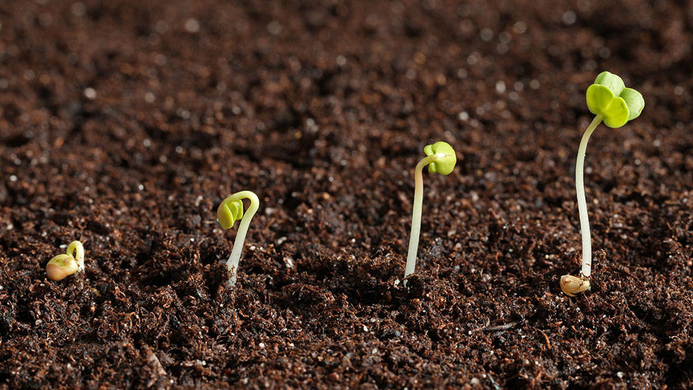 Large businesses benefit by leveraging economies of scale. Typically, when a firm doubles its output, it will increase its input - but by less than double. This means that bigger companies can make bigger savings and profits. They also have greater bargaining power when it comes to suppliers and customers. So, to increase profitability, companies need to grow. “We wanted to understand more about how the path a company chooses to follow to achieve its growth can affect its performance,” says Professor Pierre Dussauge. “What are the benefits of rapid expansion through mergers and acquisitions compared to those associated with slow progressive and organic growth?”

By looking at firm accounting data, Dussauge and his co-researchers found that the chosen path to big business has a significant effect on two factors: operational efficiency and bargaining power. Companies that grow through mergers and acquisitions gain an immediate advantage through increased bargaining power; whereas those that grow organically gradually gain greater operational efficiency. The researchers found that the benefits associated with mergers and acquisitions dissipate fast, whereas those that come through organic growth are longer lived.

Short-term gains from mergers and acquisitions

So, when companies merge or acquire to achieve growth, they gain bargaining power and their performance increases. However, this is often followed by a bandwagon effect where other companies follow suit, merging to level-off differences in bargaining power. Competitors soon start to request better deals from suppliers, who in turn may merge to fight back against the bargaining power of big buyers. This means that the advantage of improved bargaining power achieved through mergers and acquisitions can dissipate fairly rapidly. This form of growth also tends to cause organisational inefficiencies as the respective infrastructures of the combining companies come into conflict. Structural rearrangement and capital investment is needed to improve efficiency, and this takes time.

The researchers found that the benefits associated with mergers and acquisitions dissipate fast, whereas those that come through organic growth are longer lived.

Dussauge points to a recent acquisition in the car manufacturing sector to explain how this can play out: “PSA Peugeot-Citroën recently acquired Vauxhall-Opel. Together, the two companies will see huge initial benefits from their combined bargaining power. However, with manufacturing spread throughout different countries, their operational efficiency will suffer,” he says.

Conversely, companies that choose to grow progressively and organically tend to naturally evolve to be operationally efficient. However, they won’t have the same bargaining power as a newly merged firm and will keep having to renegotiate with suppliers to ensure they get the best deal. Going back to his car manufacturer example, Dussauge adds, “Volkswagen is a company that has (more-or-less) grown organically and benefits by operating from a well located set of plants. However, it does need to keep going back to the drawing board with suppliers to keep costs competitive.”

The benefits of scale come to those who act

The advantages of these two modes of company growth come naturally but so do their downsides. Dussauge notes, “Following a merger or acquisition, managers often report being disappointed with performance. The increased bargaining power they achieve is short lived, and organisational inefficiencies mean that profitability is lower than expected.” This disappointment occurs systematically. The study also found that companies that have grown organically often get a raw deal from suppliers that affects their profits. In both growth scenarios, companies fail to fully leverage their increased size. Dussauge stresses that companies need to be aware that there is a need for action following growth. To mitigate the downsides of their chosen growth paths, companies need to either reorganise or renegotiate.

Company leaders should consider the benefits and how to counteract the downsides when choosing growth strategies. Dussauge et al. show that the main benefits of mergers and acquisitions come through short-term increased bargaining power. These benefits come quite naturally, without requiring specific strategies. In contrast, Dussauge warns that, “To reap the additional benefits associated with enhanced efficiency resulting from scale, merged companies need to deliberately put in a lot of effort to reorganise, restructure and thus reduce operational inefficiencies.” On the other hand, companies that grow organically become naturally efficient but often do not leverage their size in terms of bargaining power. “These companies need to deliberately and continually seek out better deals from suppliers, as such deals won’t come to them on their own, as tends to be the case after a merger or acquisition.”

Dussauge and co-workers looked at accounting-based data from 83 firms in the global retail sector over a 20-year period. By developing specific measures of firm scale-related efficiency and bargaining power, they identified how opting for either a merger or acquisition, or organic growth, influences these performance effects. In their analysis, they “controlled for endogeneity” using a two-stage econometric model, in other words, they corrected for the fact that companies that expand through mergers and acquisitions are inherently different to those that grow organically. Firms that grow through M&A might perform differently than those that grow organically, not because of the mode of growth they chose, but because they are firms with different features. Controlling for endogeneity makes it possible to confidently attribute differences in performance to the chosen mode of growth.
Based on an interview with Pierre Dussauge, on his paper “Disentangling the performance effects of efficiency and bargaining power in horizontal growth strategies: an empirical investigation in the global retail industry” (Strategic Management Journal, 2018), co-authored with Valérie Moatti, Charlotte R. Ren and Jaideep Anand.
Related topics:
Strategy
Mergers and acquisitions (M&A)
Download & Print
Share
FACEBOOK
TWITTER
LINKEDIN
EMAIL

Pierre Dussauge's current research focuses on the topic of global strategic alliances. Professor Dussauge has also been a consultant or a management...