How Governments Can Take Actions Against Fake News Propensity

The COVID-19 pandemic has touched almost all countries around the world. The crisis marks an undefined period of uncertainty and fear among citizens around the globe. Such prolonged conditions of uncertainty and fear amongst people has triggered a surge in the amount of fake news circulating on the Internet. Our research highlights the urgent need to arrest the growing infodemic of fake news, which has precipitated significantly during the current COVID-19 pandemic. There is a clear need for governments to plan and invest in tools for identifying misinformation and improving online accountability especially during times of a crisis. 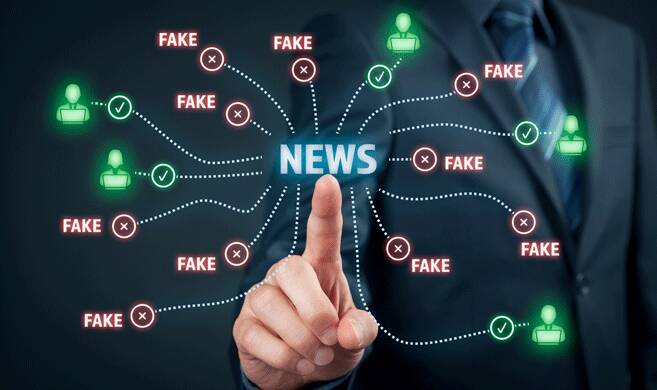 Despite the global bearing of the coronavirus pandemic, there is a significant variance in the propensity of COVID-19 related fake news instances across nations (Brennen et al., 2020). Reports by the Poynter Institute for Media Studies show that more than half of the COVID-19 related fake news until July 2020 originated from four countries, namely – Brazil, India, Spain, and the United States. The incidence of fake news is low in less polarized European nations such as Denmark, Germany and Netherlands, where citizens prefer consuming objective news and the Nordic countries, where media literacy is high (Newman et al., 2020). Fake news propensity is high in countries where the uncertainty about online information is high and national institutions are relatively weaker, such as Brazil, Kenya and South Africa (Newman et al., 2020).

Fake news propensity is high in countries where the uncertainty about online information is high and national institutions are relatively weaker.

For better pandemic preparedness and control, it is necessary to mitigate fear among people, manage rumours, and dispel misinformation (Sakurai and Chughtai, 2020; Islam et al., 2020). Hence, from a policy perspective, it is of utmost importance to appreciate the mechanisms propelling the production and consumption of fake news. Given the large variance in the COVID-19 related fake news volumes across nations and the potential damage that such misinformation can cause, we conducted a research to understand the factors contributing to fake news propensity across countries. Such knowledge can help governments better understand the fake news phenomenon and design appropriate misinformation related policies to protect their citizens (Fleming, 2020; Laato et al., 2020).

A prolonged state of heightened uncertainty and fear is upsetting for citizens who want reassurance and predictability in times of crisis (Ågerfalk et al., 2020). We posit that informational and institutional resources in a nation are the two key resources that citizens draw upon to counter the uncertainties and fears emanating from the pandemic situation, and better appreciate the current and future implications of the crisis. Informational resource comprises all the available information to the citizens through government and non-government channels such as Internet, mobile phones, and other forms of technological connectivity (Schedler, 2013). Institutional resource, on the other hand, is the institutional and governance framework in a country which is the second key resource that the citizens use to better assess the meaning of the crisis (Shirish et al., 2017).

Informational and institutional resources are key for citizens to counter uncertainties and fears, and better appreciate the current and future implications of the crisis.

We offer preliminary insights into the national-level technological and institutional determinants of fake news propensity. We identify the informational resource of mobile connectivity in a nation as a potential playground for the spread of COVID-19 related fake news. Instead of providing an informational coping mechanism to the citizens during a crisis, mobile Internet access may aggravate the propagation of fake news. We also find that the institutional resource of political freedom in a nation contributes to fake news propensity. In consonance with past instances of political parties using political freedom to manipulate public opinion by spreading misinformation, political parties and politicians can influence and shape public opinion by spreading fake news. On the contrary, the institutional resource of media and economic freedom guaranteed by the national institutional structures can prevent citizens from becoming the victims or perpetrators of fake news. Summarizing, our results establish the key role of mobile connectivity and political freedom in increasing fake news spread in a nation, whereas the economic and media freedom is shown to curb its spread.

Governments across the world consider fake news as a sociotechnical phenomenon requiring contextualised policy and advice tools to combat its spread. Our findings do underline the need for governments to reflect and reorient their strategies related to mobile Internet connectivity by taking preventive measures to avoid misuse of this potent medium for the spread of misinformation during a crisis. Our study reiterates the need for governments and policymakers to assess the impact of infrastructural technologies in a holistic manner considering their possible negative effects. It is imperative for governments to understand and develop an effective mobile Internet policy that can provide the right information to the citizens yet arrest the spread of misinformation. This would allow governments to leverage mobile connectivity not only for maintaining public health and citizen protection services, but also for fighting against fake news propensity. We recommend increased government presence on social media platforms, such as Twitter, Facebook, WhatsApp, and Instagram, as this could help in providing credible local content about the pandemic and information on related governmental actions, in real-time to the citizens.

We recommend increased government presence on social media as this could help in providing credible local content about the pandemic and information on related governmental actions.

The second key strategy could be to strengthen media and economic freedom in their countries, which have been shown to contain fake news propensity during the current pandemic. As a crisis preparedness measure, we recommend bolstering government communication strategies that increase media and economic freedom perceptions to arrest uncertainty perceptions from crippling the national peace and prosperity when an exceptional crisis such as COVID-19 strikes. We have seen that prior experience with the SARS outbreak and legitimacy perceptions in governmental agencies acted as a buffering resource to several Asian countries such as Singapore, Japan and China, which could quickly mobilise their agencies to plan and execute coherent, multipronged policies to combat COVID-19 pandemic compared to many countries in North America and Europe. Similarly, the already existing strong media literacy polices in the Nordic countries such as Finland buffered the citizens from falling prey to fake news consumption and propagation. We thus believe that along with media freedom, governments should make efforts to boost media literacy among its citizens, which should act as a counter surveillance measure against fake news perpetrators in times of crisis. Educational institutions and the governments should prioritise media literacy so that people become educated to follow authentic news and exercise discretion in what they watch and read.

Results from our study indicate that economic freedom as an institutional resource acts as a protective national-level capability that can offer collective resilience against fake news propensity. Hence, from a policy perspective, governments should undertake proactive efforts to build economic freedom perceptions among its citizens as a crisis preparedness measure.

Lastly, our results inform the policymakers that fake news propensity, especially in times of crisis, can be a challenge for democratic systems. Hence, there is a pressing need for democratic countries to ensure suitable checks and balances on the spread of fake news by political parties. Countries need to develop politically neutral and federated systems to restrain the menace of fake news. A multi-pronged governmental approach integrating Internet security, proactive citizen communication, citizen digital and media literacy training along with the necessary institutional trust building efforts could perhaps curb fake news from further fuelling fear and uncertainty during unprecedented crises situations such as COVID-19.