Labor Market Polarization and the New Geography of Jobs

The labor market is strongly polarized. What consequences on the society? Based on their latest research, professors of Economics Tomasz Michaslki and Eric Mengus explain this "Great Divergence", and give insights on how to find new ways to create added value, both in bigger and smaller cities. 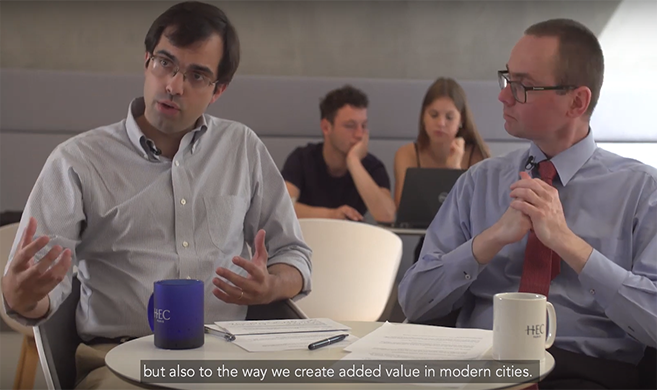 How has the labor market evolved?

We’ve studied the labor market in France between 1994 and 2015. First, as in many developed economies, we have observed the labor market polarization. That is due to the disappearance of middle sector jobs. This means that not only have manufacturing jobs disappeared, but also administrative jobs, such as office clerks. Why? Well, these jobs are relatively more routine and they have been replaced by machines, robots, computers or cheap imports. And we’ve observed at the same time that high-skilled jobs, such as engineers, or low-skilled jobs, such as personal services, have grown.

But, secondly and more importantly, these changes in the labor market were not uniform across space. With labor market polarization, we’ve observed that larger cities become even richer in high-skill workers and further diverge from smaller cities.

What are the consequences on society?

The "yellow vests" movement in France is driven by these deep changes in the labor market. And same happens in the US, UK… and you can see it in the electoral outcomes.

What would you like to see put in place?

We believe that the phenomena described are due to the ongoing technological change, but also to the way we create added value in modern cities. Preventing them will just inhibit French competitiveness. So it is important to find new ways to create added value, but also outside big cities.

So these areas should actually invest in what is their comparative advantage, like environmental quality or abundance of space, so we can think of organic agriculture, tourism, silver economy... but also online services. So firms should take into account this in making organizational choices.