Organizations can get burnt if they don’t respond to social and environmental demands; at the same time, responding can be costly. In their study, Rodolphe Durand and co-authors model why some decision makers respond to these demands, while others do not. They explain why salient issues don’t always receive adequate response. 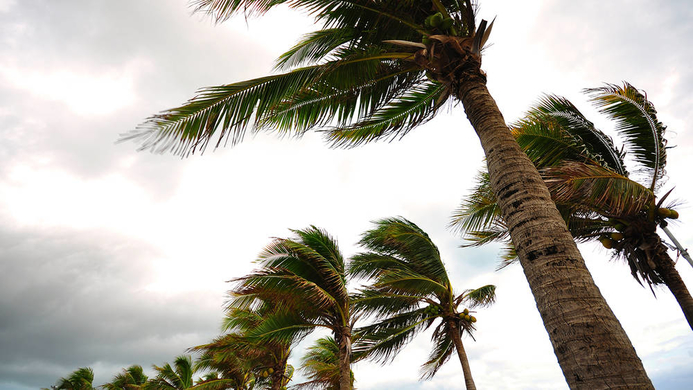 Organizations face increasing pressures related to their social practices and environmental policies. But what makes some firms respond appropriately to these pressures and others less so?

There is benefit in action, and sometimes, in inaction

Putting themselves in decision makers shoes, Rudolphe Durand and his co-authors identified two main factors that influence how an organization will respond to issues:

Factor 2 - Consequences of ignoring the issue and failing to act

Both factors vary with the importance, or salience, of an issue.

Let’s take two firms: A and B. Firm A doesn’t consider the environmental ‘clean-up’ of a production process as salient: it’s seen as a misuse of resources, with no costs associated with inaction. On the other hand, Firm B’s directors see issue saliency and a net benefit in the clean-up. Firms A and B thus respond differently to the same issue. In terms of degrees of When the cost of engaging resources becomes excessive. Durand notes, however, that when it comes to degrees of salience, there is a point at which the cost of engaging resources becomes too excessive for any firm to act, and thus they do so either symbolically or not at all.

We wanted to understand what makes some firms respond appropriately to these normative pressures and others less so.

Durand and co-authors modelled a virtual space corresponding to how organizations respond depending on issue salience. By positioning a firm somewhere in the space, you can predict how likely that firm will be to respond to a demand based on how its decision makers weigh up issue salience with the costs and benefits of action. In some cases, the “net benefit of action” leads to substantial conformity and a firm actively sets a trend, engaging resources to protect the environment or improve social and economic aspects. For example, in 2013, Starbucks CEO Howard Schultz, publicly supported same-sex marriage before it was legalized in the US in 2016. Here, Starbucks embraced diversity, reinforcing the company’s open and liberal brand.

In cases where action is not seen to be beneficial, a firm may still engage resources to substantively comply with existing norms and laws. For example, climate change is associated with an increase in the frequency and intensity of natural disasters and insurance firms take this into account when calculating risks. However, many firms will simply comply with regulations and won’t go beyond the basic requirements to incorporate climate change risk, because, in this case, costs mount quickly.

The tightrope of inaction

If the costs of engaging resources outweigh the benefits, a firm may symbolically comply or fail to comply. In 2016, Apple refused to cooperate with the US government and did not unlock the iPhone of a shooter involved in the San Bernardino attack. Here, inaction represented a social gain for Apple at a relatively low cost - if the code-cracking system had ended up in the wrong hands it could have put Apple’s customers at risk.

However, Durand notes that inaction can also be detrimental to business. “It took time for Google to take action against its employees who declared that male programmers are superior to female programmers,” he says. “Consumers objected and responded by shaming the company. Before the scandal, Google was inactive, ignoring its social responsibility towards gender diversity without seeing any ill effects. But the incident heightened consumer awareness, increasing its salience for Google decision makers”.

“Our model can be used to compare firms or to look at departments within a firm. When comparing the action of two firms, issue salience may differ and, depending on their respective resources, action may be taken. This is also applicable to divisions of a firm, and so we see different policies adopted within a single organization,” says Durand, before concluding: “Overall, the model helps us to realize that firms are not good or bad per se. There are reasons for inaction or symbolic action based on how salient the issue is perceived to be and the estimated gain in solving it.”

“We can now identify what causes firms to respond and embrace environmental and social issues,” says Durand. “To increase the action taken by firms, they must understand issue salience, be more willing to experiment around ways to reduce the perceived cost of resource mobilization, and integrate more incentives to increase the cost of inaction.”  He adds, “To increase the number of firms who take substantial action, we need to magnify the net benefits of action by rewarding them in economic and financial market environments. So, in investment decisions, complementary performance indicators should be included and the benefits of acting in favor of sustainability at the same cost, should be clear.”  NGOs and public policy should work towards designing rules and regulations that enable firms to use existing resources for actions aligned with sustainable development (such as through tax credits) and implement mechanisms that reduce the cost of acquiring necessary resources (such as through subsidies or co-financing). These measures will increase a firm’s perceived net benefit of action and the likelihood of substantial action.”

Durand and co-authors developed a model to help understand when and how organizations respond to normative and moral demands, such as those that involve Corporate Social Responsibility. They looked at how decision makers in a firm weigh up the benefit of tackling an issue and the cost of not acting, as a function of how salient the issue seems. A firm’s willingness and ability to respond to pressures don’t always match, hence the variation in responses between different firms and internally between departments.
Based on an interview with Rodolphe Durand on his paper “Willing and Able: A General Model of Organizational Responses to Normative Pressures,” written in collaboration with Olga Hawn, University of North Carolina, and Ioannis Ioannou, London Business School (Forthcoming in Academy of Management Review).
Related topics:
Sustainable Development
Strategy
Social Innovation
Download & Print
Share
FACEBOOK
TWITTER
LINKEDIN
EMAIL