To What Extent Do People Follow Algorithms’ Advice More Than Human Advice?

Algorithms can enable faster, more effective decision making in domains ranging from medical diagnosis to the choice of a romantic partner. But for this potential to actually translate into useful practical choices, humans must trust and follow the advice algorithms provide. Researchers in Information Systems Cathy Liu Yang and Xitong Li of HEC Paris and Sangseok You of Sungkyunkwan University, have explored the factors that influence people's reliance on algorithmic decision aid. 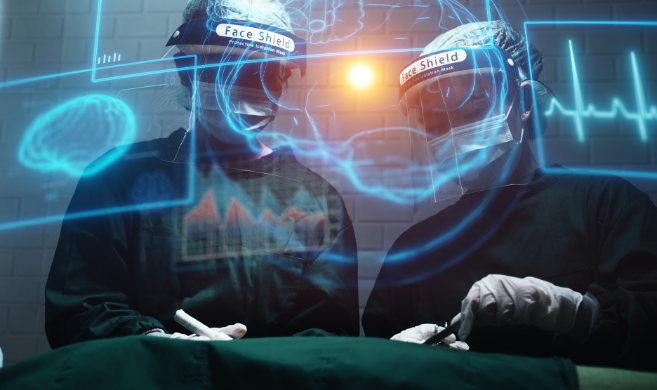 Photo Credits: Have a nice day on Adobe Stock

Machine recommendations result in 80% of Netflix viewing decisions, while more than a third of purchase decisions on Amazon are influenced by algorithms. In other words, algorithms increasingly drive the daily decisions that people make in their lives.

People regularly seek the advice of others to make decisions. We turn to experts when we are not sure. This provides us with greater confidence in our choices. It is clear that AI increasingly supports real-life decision making. Algorithms are ever more intertwined with our everyday lives. What we wanted to find out is the extent to which people follow the advice offered by AI.

To investigate the matter, we conducted a series of experiments to evaluate the extent to which people follow AI advice. Our study showed that people are more likely to follow algorithmic advice than identical advice offered by a human advisor due to a higher trust in algorithms than in other humans. We call this phenomenon “algorithm appreciation”.

Higher Trust in AI… but don’t go overboard on information

We wanted to find out more, to see if people would follow AI advice even if the AI is not perfect. Our second series of experiments focused on exploring under which conditions people might be either more likely or less likely to take advice from AI. We engineered experiments that tested whether people would have greater trust in algorithms even when they were aware of prediction errors with the underlying AI.

Surprisingly, when we informed participants in our study of the algorithm prediction errors, they still showed higher trust in the AI predictions than in the human ones. In short, people are generally more comfortable trusting AI than other humans to make decisions for them, regardless of known and understood imperfections in the process.

People are generally more comfortable trusting AI than other humans to make decisions for them, regardless of known and understood imperfections in the process, except when there is too much information about the algorithm and its performance.

What could possibly go wrong?

If algorithms can generally make better decisions than people, and people trust them, why not rely on them systematically? Our research raises potential issues of over-confidence in machine decision-making. In some cases, the consequences of a bad decision recommended by an algorithm are minor: If a person chooses a boring film on Netflix they can simply stop watching and try something else instead. However, for high-stakes decisions that an algorithm might get wrong, questions about accountability come into play for human decision-makers. Remember the miscarriage of justice in the UK Post Office, when more than 700 Post Office workers were wrongfully convicted of theft, fraud and false accounting between 2000 and 2014, because of a fault in a computer system.

However, our research has important implications for medical diagnosis. Algorithmic advice can help where there is a patient data for examination. AI can predict with a level of likelihood whether the chances of the patient having cancer are 60% or 80% and the healthcare professional can include this information in decision making processes about treatment. This can help avoid a patient’s higher level of risk being overlooked by a human and it can lead to more effective treatment, with the potential for a better prognosis.

In wider society, algorithms can help judges in the court system make decisions that will drive a safer society. Judges can be given predictions from algorithms that present the chance of a criminal possibly committing the crime again and so decide for how long to put them away.

To explore how and why transparency in performance influences algorithm appreciation, we conducted five controlled behavioral experiments, each time recruiting more than 400 participants via Amazon's Mechanical Turk. Across the five experiments, participants were asked to perform a prediction task in which they predict a target student’s standardized math score based on nine pieces of information about the student before and after being presented with advice generated by the algorithmic prediction regarding the student’s predicted score.

Where firms need to make investment decisions, employees will trust AI to help inform those choices. With good data and solid, well-thought-out underlying algorithms, this has the potential to save businesses a lot of money.
Based on an interview with HEC Paris professors of Information Systems Cathy Liu Yang and Xitong Li on their paper “Algorithmic versus Human Advice: Does Presenting Prediction Performance Matter for Algorithm Appreciation,” co-written with Sangseok You, Assistant Professor of Information Systems at Sungkyunkwan University, South Korea, and published online in the Journal of Management Information Systems, 2022. This research work is partly supported by funding from the Hi! PARIS Fellowship and the French National Research Agency (ANR)'s Investissements d'Avenir LabEx Ecodec (Grant ANR-11-Labx-0047).
Related topics:
Information Systems
Information Technology
Download & Print
Share
FACEBOOK
TWITTER
LINKEDIN
EMAIL