When Videos Become Viral: Why, How and What Consequences?

Although popular wisdom assumes that virality is a random and thus unmanageable process, research by Haris Krijestorac (HEC Paris), Rajiv Garg (Goizueta Business School, Emory University) and Vijay Mahajan (University of Texas) finds several ways for marketers and content creators to design and promote their digital media in ways that significantly increase the likelihood of these media achieving virality and sustaining it. Interview with Haris Krijestorac, Assistant Professor of Information Systems. 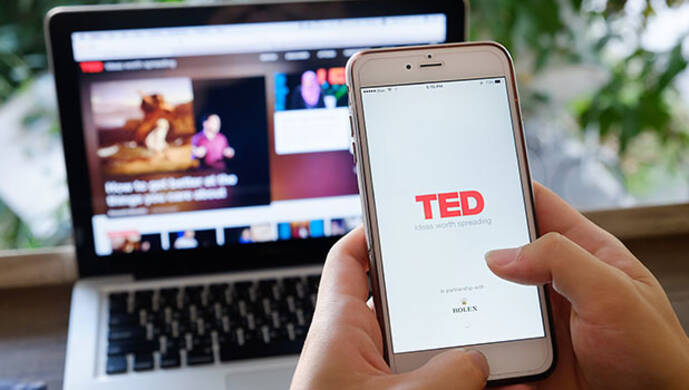 What can marketers do to make their media more viral?

In our research published in Information Systems Research, we find that posting videos to multiple online platforms make them more viral.

As an example, if a video you post on YouTube goes viral, posting it to another platform, such as Vimeo, later on, such as 10 days later, will help the video grow on the focal platform of YouTube. Thus, rather than the attention being cannibalized across these various platforms, posting to the audience of a new platform will stimulate novel word of mouth that may travel back to the focal platform. For instance, the Vimeo audience may communicate with YouTube users and get them to view or share the article.

Rather than being a necessarily ephemeral and unmanageable phenomenon, marketers and content creators can actually stimulate virality by establishing an omni-channel strategy.

Based on the aforementioned findings, we can conclude that rather than being a necessarily ephemeral and unmanageable phenomenon, marketers and content creators can actually stimulate virality by establishing an omni-channel strategy. This may apply to channels such as Facebook, Instagram, or Snapchat as well – that is, posting the same content across channels will likely stimulate engagement with this content on each individual channel, rather than having a saturation point that must be divided across channels.

In addition to offering strategies to promote media once it is viral, your research also examines how to design effective content. How does it work?

While increasing the popularity of media often focuses on its promotion after it is created, with which the insights from the prior study may help, the media promotion process truly begins with its creation. Presently, the content creation process is seen as purely intuitive and creative, and immune to empirical insight. My research introduces an approach to augmenting the aforementioned creativity using a process we call ‘content engineering’ that incorporates empirical insights into content development.

Content engineering involves a non-linear, data-driven machine learning inductive approach to identify whether, and which content features increase the consumption of digital media. In addition to identifying these features, we extract prescriptive insights that can be used to improve the design of content. This complements the findings from our prior study on how to best promote media once it is created.

We focus on the personality of speech-driven videos such as TED Talks, Big Think, and Fortune 500 channels such as those of IBM, Wells Fargo, and Apple. First, we leverage Natural Language Processing (NLP) to identify these personalities along what are known as the “Big Five” traits – namely, openness, conscientiousness, extraversion, agreeableness, and neuroticism - which are widely studied in psychology literature. Every individual, or entity created using human input, exhibits each of these traits to various extents, which constitutes its overall personality.

We find that using just the personality of speech-driven videos, we can predict with 72% accuracy whether they will perform better than comparable media.

Next, we employ our content engineering framework to identify whether, and which personalities increase video consumption. Our analysis uncovers new predictive, economic, and prescriptive insights. We find that by knowing just the degree to which videos exhibit the aforementioned five personality traits, we can predict with 72% accuracy whether videos will perform better than comparable media. Furthermore, videos associated with high-performing personalities can expect a 15% increase in cumulative consumption relative to those with low-performing personalities.

Overall, our findings suggest that empirical analysis can indeed be leveraged to complement more popular content, but also predict and develop it. Hence, the content creation process, often assumed to be purely intuitive and artistic, can be aided by ‘content engineering’, or empirical analysis aided by machine learning methods.

The content creation process, often assumed to be purely intuitive and artistic, can be aided by ‘content engineering’, or empirical analysis aided by machine learning methods.

The best combination seems to be a mix of low agreeableness and high neuroticism. This is surprising, as the opposite, meaning both high agreeableness and low neuroticism, as individual traits would appear to be positive. However, we find that the confrontational nature of disagreeable videos, which challenge viewers’ viewpoints, and neuroticism, which is associated with being passionate about a topic, will be more effective. Meanwhile, being disagreeable without this passion as well as being passionate while being non-challenging and agreeable appear to be less effective than the aforementioned combination.

To illustrate the aforementioned phenomenon, we can consider two TED Talks. One talk is entitled “3 myths about the future of work (and why they're not true)”, and the second is titled “How to inspire every child to be a lifelong reader”. While these videos are similar in that they both benefit from the TED audience and start off with similar view counts for the first few days, in the long run the former video performs far better. While both speakers are fairly neurotic and filled with emotion, the first video is more disagreeable, as might be suggested by its more provocative title. Hence, being more confrontational may be more effective, if coupled with the emotion associated with neuroticism.

TED Talk: “3 myths about the future of work (and why they're not true)”.

TED Talk: “How to inspire every child to be a lifelong reader”.

"Both videos are similar in that they both benefit from the TED audience, start off with similar view counts, and both speakers are filled with emotion. Yet the first video performs far better because more disagreeable and confrontational."

With this current research, you help understand how people react to viral videos. How should these insights be seen in light of their potential use for the spread of false information?

Although my findings suggest ways to promote digital content more effectively, it is true that this promotion may not always correspond to content that is accurate or socially just. Moving forward, these insights on how to create and promote content more effectively should be synthesized with the insights about fake news to generate content that is both highly consumed and is of high integrity. Beyond leaving this to the goodwill of content creators themselves, platforms such as YouTube or Facebook may want to strategically examine content exhibiting high-performing features (e.g., low agreeableness couples with high neuroticism, presence on alternative platforms) and be sure to authenticate the veracity of such content in particular.