Think You're Not Creative? Think Again...

This is the mantra that creativity expert, Professor Anne-Laure Sellier takes into the world of business, and also into the classroom. Her Boosting Creativity course at HEC Paris is among the most popular on the school's online MSc in Entrepreneurship and Innovation program, and helps participants to tap into hidden powers they never knew they had... 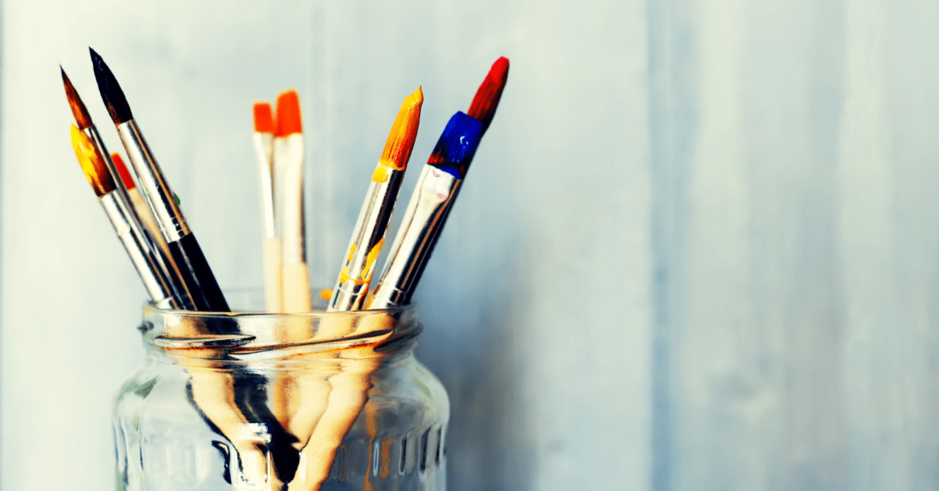 Forget about gifts from the Gods or being struck by 'the muse', we all have the power to think creatively

"One of the reasons that we are only teaching creativity now – and HEC Paris is one of the few business schools in the world that does so – is that for the longest time, there was a widely-held belief that it simply can't be taught. For most of history our species has believed that creativity was God(s)-given, and there was not much that you can do about that. We now know this is at least partly nonsense: research provides enough data to know that you can indeed teach creativity. Can I turn you into Leonardo da Vinci in 18 hours? Of course not, but there is a sweet spot in the middle where I can help someone be more creative – reliably – in a relatively small amount of time."

Learning this skill is incredibly attractive in a business setting

"Whatever your starting point, what we know about creativity today can make you a better creator – which is obviously a very precious asset for entrepreneurs and large companies alike, who have to keep innovating all the time in an increasingly competitive environment. Da Vinci did not have that problem – he could come up with 15 paintings in his lifetime and get away with that for 500 years. In business today, you need to innovate; you need to offer greater value than your competitors all the time using the capabilities you have."

CEOs have rated creativity as their #1 business asset

"There was a report in 2010 which is still very up to date and relevant because I'm not aware of anything like it since. It was produced by IBM and was called Navigating Complexity. It was a big survey of 1,500 top CEOs and public leaders around the globe, and they were asked what skills are critical to successfully navigate today's business world. By far the most important skill that these leaders highlighted was creativity. They did not detail what creativity meant to them – but they agreed it was the most important skill to have in business today."

Unravelling the meaning of creativity is critical

"I spend a full session at the beginning of my class talking about what creativity actually means, because the word itself escapes most participants. What exactly are we talking about? The truth is we're still only beginning to understand how human creativity functions, but one of the few things we can agree on at this point is that a creative output is something that is both novel and useful. Cognitive scientists have gained other reliable insights, which are solid enough to get integrated into our teaching. But let’s be clear: it's a bit like we're taking a few steady footsteps on top of a big iceberg, and we have no idea how deep it goes underwater. We’re only at the very beginning of understanding how creativity works; it remains one of the few human cognitive functions still escaping artificial intelligence."

"One thing we sometimes do in class is deconstruct famous creators. Consider Steve Jobs, for example. I greatly admire him, but I encourage participants to question a few myths about him. Not only was he incredibly creative, but he was also incredibly lucky, and trained to get to the insights that he needed. He didn't just go, 'Hmm, touchscreens are going to be the way forward'; he knew touchscreens would work because he had a deep knowledge of anthropology, and he understood that one of the greatest pleasures of mankind, going back as far as the times of cavemen, is to actually apply your hand directly to draw, as they did on cave paintings. He had a different perspective from most people in his industry, and that definitely gave him an edge."

One way to teach creativity, is through 'provocation'

"Many participants put up their hand when I ask them who isn't creative, which is always fun to watch land on the group… and we then dig into why that just happened and seek to understand where that way of thinking comes from. There's a lot we can do by making people realize that the thing that is holding their creativity back is themselves, really, and the way they were wired by their education and more generally, the environment they grew up in. My classes are all about experience, and I try to make you feel at least once in the course – but ideally several times – that your thinking is being impacted by the things I get you to do differently from what you usually do. Take, for example, brainstorming, which is something that most companies do all the time even though scientists have long known that brainstorming is a suboptimal ideation process on average."

"One of the creativity techniques we work on involves thinking about creating something new by removing value from the existing world. Less is more. So, you take a phone, for instance, and you remove a feature instead of adding new ones, which is what every engineer does to differentiate their phone. When you remove a feature, it seems at first that you have a less valuable phone, but then you start thinking about what that seemingly inferior product – when viewed in the context of a social world – might do better. So, in the phone example, maybe I remove the ability to call, and suddenly you have the first phone for children where parents can call them, but they can't call out (unknown others or wasting time calling the little friends they just left at school). Of course, it's a niche, but you end up creating superior value for that niche."

"A former student reached out to me two days ago because she had created intergenerational daycare for children inside retirement homes in France. She went from understanding that there are not enough places in daycare centers in France, meaning that thousands of families do not have a solution for their young children, while on the other hand you have two-and-a-half million people who are over 85 and even more who are over 65, who are retired and alone. So, she had the idea to mix the two in a way that created value both for the old and the young – which is one of the exercises we do in class; to find existing value spaces that do not correlate and consider what happens if we force them to fit together. In the case of my student, she found a solution that allows the older generation to get a few hours a day of interaction with the children, reading to them and so on, while the little ones learn about respect and empathy – and it helps to address the childcare problem. She has 10 centers opening this year and the ones that have opened are already full. Look them up on Internet, the company is called “Tom & Josette”. It is a clear example that you needn’t reinvent the wheel to create formidable value. A big bulk of creativity stems from taking the existing and rethinking the building blocks."

Discover more about the kind of impact Professor Anne-Laure Sellier aims to have on her students in this Tomorrow is our Business podcast.