The Role of Empathy in Corporate Social Initiatives

One out of five children in France live below the poverty line, which means a household with two children lives on a collective income of less than 1,700 Euro per month. When poverty strikes, it strikes everywhere, ruthlessly so: higher instances of diabetes related to obesity; sleep deprivation due to threadbare mattresses; lack of relaxing hobbies; noisier, more crowded, low quality housing conditions (or no home at all); academic failure; etc. 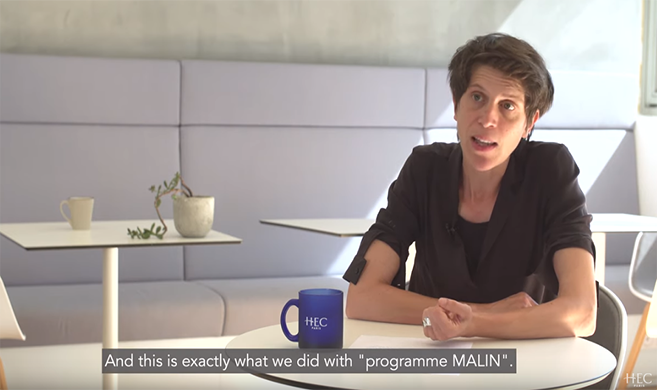 Poverty hits and hurts not just in a material or physical way, but also in a psychosocial way. It provokes chronic stress, stereotype threat, and the feeling of being excluded – all of which measurably deplete mental workspace, reduce working memory performance, and lead to more short-term thinking.

When poverty strikes, it strikes everywhere (...) and lead to more short-term thinking.

Clearly, the complexity of poverty is enormous and calls for differentiated, but concerted action by society at large. It must draw on not just public, but also private efforts in many different fields at once –not only education, but also health, housing, and culture, to name a few. Determined to accelerate much needed change, the French president Emmanuel Macron is currently reflecting on how government and its many stakeholders can more effectively fight poverty, more specifically child and youth poverty.1

One initiative in particular that has captured our attention over the past years is Programme Malin. Founded by Blédina, Danone Communities, Group SEB, the French Red Cross, Action Tank Entreprise et Pauvreté (launched by HEC Paris S&O Center*), and pediatric associations (AFPA et SFP), Programme Malin aims to improve the nutritional status of 0 to 3 year olds living in low-income families in France. They distribute personalized vouchers, striving to make quality food products for young children and cooking utensils for parents more accessible and affordable, as well as offer educational support via websites, flyers, and training sessions about child nutrition.

So far, the Programme has affected the lives of over 10,000 young children and holds ambitious plans to scale up nationwide. The people behind Programme Malin are remarkably modest, willing to self-criticize and eager to learn how to be more effective at actually reaching and engaging with their target audiences. This makes Programme Malin a great partner to work with. Indeed, we -Rodolphe Durand, Paul Gouvard and Marieke Huysentruyt- at HEC Paris have been using field experiments to develop and test a series of new, practical ways Programme Malin can better reach its ‘hidden’ direct beneficiaries.

We found that the empathy message had the biggest positive impact on enrolment decisions.

To illustrate, we recently staged a large-scale experiment in Seine-Saint-Denis, one of France’s poorest departments, which also has a very high birthrate. We identified a sample of 5,551 low-income households with a 3 to 10 year old infant and randomly sent them (both via email and mail) one of six different messages about Programme Malin. The main body of these messages was exactly the same; the only difference was three sentences chosen to elicit a different cognitive cue.

In one message, we sought to evoke empathy, by stating “It’s not always easy to give to your child what is best… We understand. Juggling financial and dietary constraints can be difficult…”.

Finally, as is standard practice in randomized experiments, we also introduced a control group who received a neutral message.

Our main interest was to evaluate whether these different messages differentially impacted individuals’ decision to enroll into the Programme, and subsequently utilize the vouchers received. We found that the empathy message had the biggest positive impact on enrolment decisions. It led to a 16% increase in registration relative to the control group, and the impact of this subtle cue was even higher amongst the most poor. Tone clearly mattered. In addition, the message that provoked goal-based categorization produced much higher take-up than the message that sought to elicit prototypical categorization. Category spanning that blended a commercial and social logic instead of one that aligned only with the stereotypical social association worked better.

Seemingly minor changes in information content can have a surprisingly large effect on people’s judgment and decision-making.

All in all, about a 1,000 new families in Seine-Saint-Denis registered for the Programme following the sending of these messages. This alone is an impressive result.

Furthermore, this sort of field experiment underlines that details really matter: seemingly minor changes in information content can have a surprisingly large effect on people’s judgment and decision-making. And intuitions are not always reliable! Many of us think that aligning the identity of “categorically ambiguous” corporate social initiative with a pure, prototypical social identity is a good thing. Similarly, many of us tend to underestimate the power of empathy as a way to bridge distance and engage hard-to-reach audiences.

Through our robust scientific, experimental approach, we have generated novel evidence, suggesting that actually empathy can make a big difference. Making salient one’s goals versus aligning with a social prototype are plausible strategies for corporate social initiatives to be more effective at helping redress poverty.

This, we feel, is just one of the many ways in which academics can help change society and support organizations in constructive ways.

1. Programme Malin has also contributed to the working groups that the French government has put together to help guide reflection and action.

Paul Gouvard is a Ph.D. student and a fellow at the Society and Organizations (S&O) Center at HEC Paris.