This year at the HEC Foundation Awards ceremony, nine talents were rewarded for the excellence of their research, career, and pedagogy, including a Ph.D. student and three professors of HEC Paris. The 2019 prize winners from the faculty and the doctoral school are as follows. 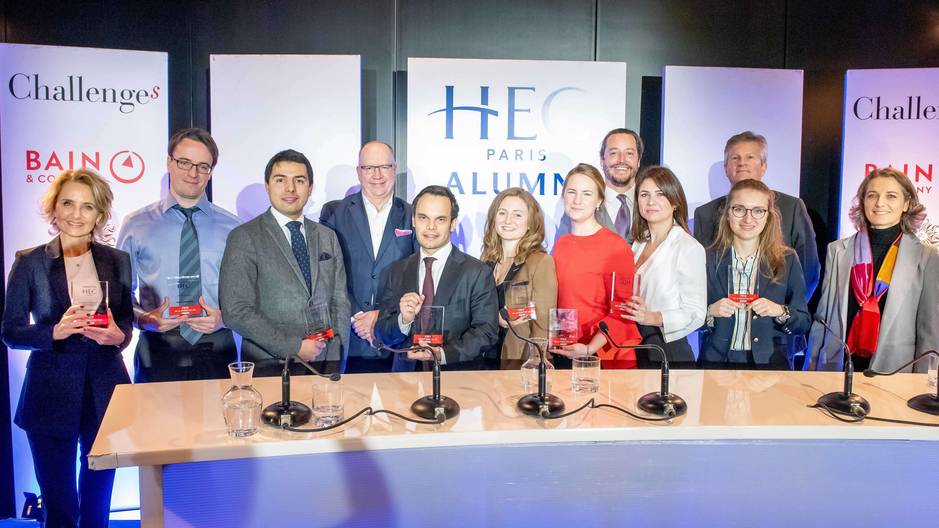 Winner: Svenja Sommer for her paper “Collaborative Prototyping of Alternative Designs under a Target Costing Scheme.”

The prize for the research article of the year rewards a recent research article written by a professor at HEC Paris. This paper stands out both for its academic excellence and for its potential high impact for teaching, for companies or for public policies and the evolution of society.

Prototyping allows firms to evaluate the technical feasibility of alternative product designs and to better estimate their costs. We study a collaborative prototyping scenario in which a manufacturer involves a supplier in the detailed design for critical components, who then provides prototypes for testing. We show that involving the supplier in the prototyping process should influence the manufacturer’s optimal decisions.

The collaboration results in information asymmetry about the cost of the designs, which makes parallel prototyping less attractive. It also makes it potentially optimal to test designs in increasing order of attractiveness to avoid that the supplier withholds technically and economically feasible prototypes for strategic reasons.

Furthermore, we find that the classical target costing approaches (cost- and market-based) need to be adjusted: For example, due to the strategic behavior of suppliers, it is not always optimal to provide identical target costs for designs with similar cost and performance estimates. Finally, the manufacturer can sometimes take advantage of the supplier’s strategic behavior by remaining flexible and specifying target costs for later prototypes only after the release of the first one.

Winner: Guillaume Vuillemey for the highest number of publications obtained in the most renowned international academic research journals. Find his most recent publications here.

The researcher of the year award recognizes an HEC Paris professor who has distinguished himself both for his productivity in quality research over the past three years and for the impact of his work.

This prize rewards the educational initiatives implemented at HEC Paris, which stands out for their originality, their relevance and their effectiveness. Funded by the Bruno Roux de Bezieux Foundation, under the aegis of the HEC Foundation, this prize is awarded in memory of Bruno Roux de Bezieux (H.55) who played a major role in the introduction of the case method to HEC in the 1960s, a new pedagogy originating from the United States.

#HECprof ⁦@davidamariles⁩ receiving the award for the best pedagogy, the #PrixFondationHEC Bruno Roux de Bézieux. Its innovative aspect consists in teaching #GDPR compliance ⁦@HECParis but also to the companies, and across many disciplines. Learn more ? pic.twitter.com/pom7CHgdx6

Winner: Romain Boulongne (D.20) for his thesis “When is ambiguity favorable? An experimental and theoretical investigation of multiple categorization processes in markets,” directed by Rodolphe Durand (H.93 - D.97), Professor of Strategy and Business Policy at HEC Paris.

This dissertation studies the different categorization processes (prototype-based, goal-based and analogical-based categorization) and subsequent cognitive mechanisms (central tendency, conceptual combination and analogical processing, respectively) that audiences use in markets when they evaluate an ambiguous entity. This dissertation put the results from past research in perspective and studies how different categorization processes and cognitive mechanisms influence (i) the evaluation of ambiguous product offerings, (ii) the performance evaluation of organizations with an ambiguous market positioning, and (iii) firms’ differentiation strategies. More broadly, this work offers contributions to the literature in both organization theory and strategy.