HEC Paris is ranked the top business school in Europe by the Financial Times, and research impact is part of the ranking’s factors. Indeed, HEC Paris is one of the world’s top research schools in economics and management, and our faculty aim to have an impact on pedagogy, management practices, public policies and society at large by producing the highest quality research. In this article, we are proud to gather part of the distinctions they received in 2022 to illustrate their contributions to business and society. 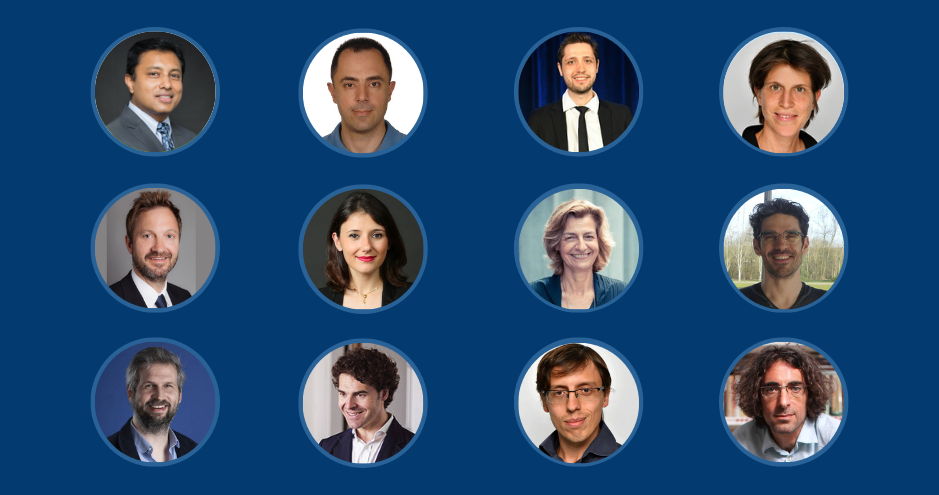 2022 is a record year for HEC's research faculty, as the recruitment of 11 new research professors has increased their number to 120.
Very importantly, this year has seen the faculty contribute massively to social and economic knowledge and innovation, many researchers having received awards for their work or grants to pursue their investigations.

Leandro Nardi and Marieke Huysentruyt of the S&O Institute won the Carolyn Dexter Award for their research on how the exposure of forced migration to communities in Europe affects firms' CSR choices.

Law Professor Armin Steinbach has received the Jean Monnet Chair to advance impactful dialogue between academia and EU policy-maker, and strengthen the role of the EU in a globalized world. Professor Steinbach has also been nominated as Arbitrator in bilateral trade disputes involving the EU.

In the Department of Management and Human Resources, Federica De Stefano has received the Marie Sklodowska-Curie grant from the European Commission to investigate how investments in Occupational Health and Safety affect firms’ ability to attract, motivate, and retain employees.

Among the Marketing professors, Dominique Rouziès is the new Dean of Academic Affairs at BMI Executive Institute, and Daniel Halbheer, holder of the “Business Models for the Circular Economy” Chair, was awarded the Rigor & Relevance Research Award for his work on carbon footprinting and pricing.

In the Department of Strategy and Business policies, Georg Wernicke was awarded for his research on gender and ethnicity with the Best Paper Award from the German Academic Association of Business Research.

And last but not least, Jean Monnet Professor in European Union Law Alberto Alemanno has been bestowed the Schwab Foundation Social Innovation Thought Leader of the Year Award at the World Economic Forum for his decades-long investment in theorizing and experimenting new forms of political participation; Jean-Édouard Colliard, co-holder of the Analytics for Future Banking chair, was awarded Best Young Researcher in Finance and Insurance of the year by the SCOR Foundation for Science, and Professor Itzhak Gilboa was classed among the top 5 % authors in IDEAS, in addition to have been ranked 6th theoretical economist in the world in a study by Stanford University.signed as the PI the final contract for the ANR AAPG 2022 grant “CiteLab”: Cities, technological change and labor markets

Find research digests, case studies and other analyses of the organizations' environment from the faculty and PhD students on Knowledge@HEC.